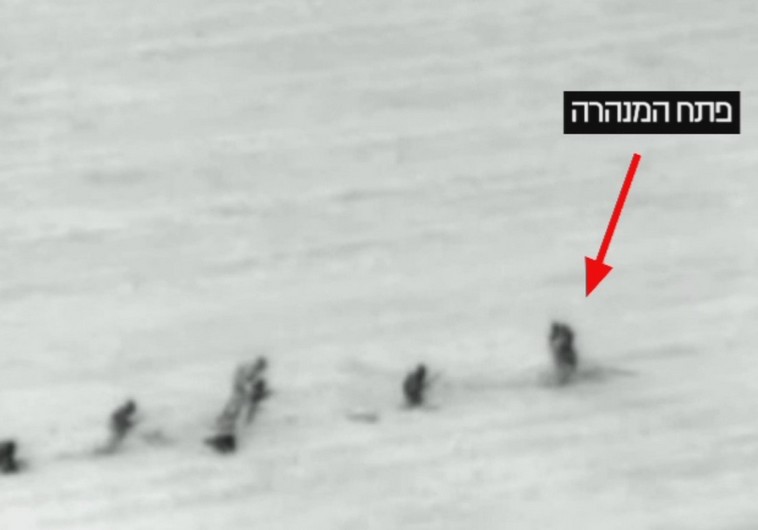 Hamas planned the wholesale slaughter of members of Kibbutz Sufa, President Shimon Peres told reporters on Thursday.Speaking at the site of an Iron Dome battery in the Ashkelon area, Peres commended the IDF and the intelligence establishment, including the Shin Bet (Israel Security Agency), for preventing a calamity, noting that the terrorists had dug a tunnel right into the grounds of the kibbutz near Gaza.The tunnels reflect the desire of terrorist organizations in Gaza, particularly that of Hamas’s military wing, to launch a large-scale attack on Israel, he said.During his visit to the area, the president met with children and mothers in Kibbutz Zikim, which terrorists tried to attack from the sea last week. They were killed by Givati infantrymen. He said that he admired the kibbutzniks’ spirit and their determination to continue to live there without succumbing to the threats of rockets and acts of terrorism, and praised the courage of the country’s home front, saying dealing with the security situation is not easy.The children the president spoke with at the kibbutz told him that they wanted to live normal lives, to play soccer and to breathe fresh air, and that they were sick and tired of Color Red rocket warning sirens sounding all the time and having to run to bomb shelters.More than anything they wanted peace, they said. Peres related to the four Palestinian children killed by an Israeli air strike while they were playing soccer on a Gaza City beach, saying there was great regret at the loss of life, and that the air force was doing its utmost to avoid hitting innocent civilians and children in particular.“There is no more humane army than the IDF,” Peres asserted, comparing it with Hamas, which he said has no compassion and has no interest in the well-being of its own people, but only cares about destruction and ruin.Peres made it clear that Israel does not regard the people of Gaza as its enemies.“Our enemies are the terrorist organizations” he said, adding that Israel would like to see Gaza flourish.It is not Israel that has a disastrous effect on Gaza, “it is the terrorists,” the president said.It was his second visit to the rocket-barraged South in 11 days.Peres wanted to meet with children in the most heavily targeted areas close to Gaza to see how they have been affected by the attacks that are part and parcel of their daily lives.