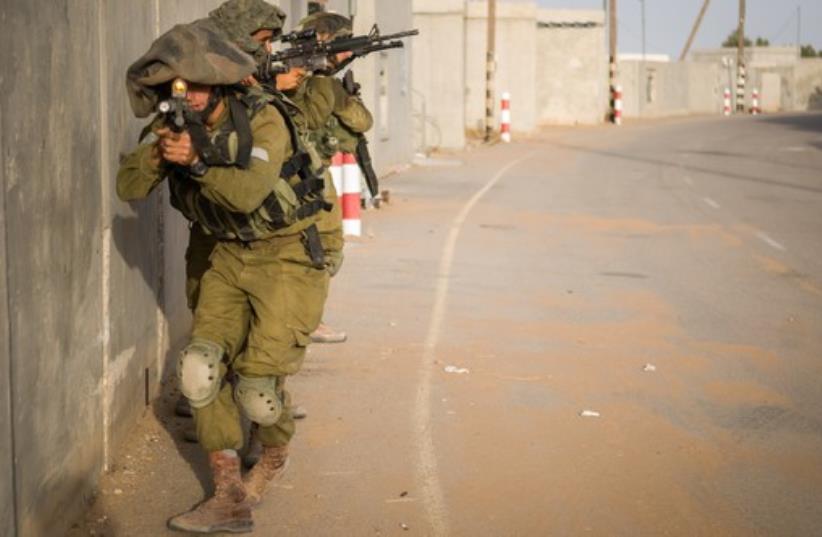 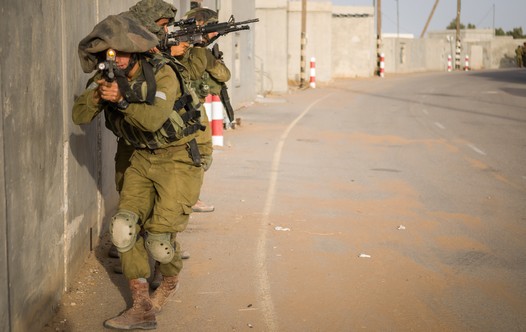 An Israeli Beduin security guard was killed and three others were wounded, including a three-month-old baby, when a rocket fired from the Gaza Strip struck a Beduin area of the Negev near Dimona on Saturday.Uda Alwaj, 32, was taken to a local clinic in critical condition with shrapnel wounds to his chest, but died shortly after. The infant girl was brought to the same clinic with a bad head injury believed to have been caused by a shock-wave blast.Also hurt in the strike was a woman in her 30s who was badly wounded by shrapnel and a four-year-old boy who suffered shrapnel wounds to one of his legs.Alwaj was the first Israeli killed by a rocket strike in Operation Protective Edge.On Tuesday, Dror Chanin, 37, of Beit Arye was killed by a mortar strike at Erez crossing, the first fatality in the operation.On Sunday, two sisters, aged 10 and 13, were wounded by shrapnel after a rocket hit a Beduin area near Beersheba.Beduin from the region, which includes a number of recognized and unrecognized villages around Beersheba, Dimona, and Arad, have said that they not only have no shelters or anywhere to run in case of a rocket attack, but often don’t hear sirens warning them of an incoming projectile.A large percentage of the houses in the villages are constructed of tin, wood, or other materials that provide no protection in case of a rocket strike.On Wednesday, residents of the villages along with a number of NGOs including the Association for Civil Rights in Israel, petitioned the High Court of Justice and demanded that the state immediately supply mobile, temporary protective facilities for some 100,000 residents of the area – of both recognized and unrecognized Negev villages.

It was reported that the village where the two girls were wounded on Sunday is considered “open territory,” and therefore not protected by the Iron Dome missile defense system.Asked about the lack of protected areas in the villages, Minister of Public Security Yitzhak Aharonovitch said on Saturday, “It’s not only in the Beduin areas that they’re not protected, but also in Beersheba. There are entire neighborhoods in Dimona and Netivot [without shelters] and its impossible to protect everywhere and put a safe room everywhere.”
Advertisement
Subscribe for our daily newsletter