On Day 3 of Operation Protective Edge, dozens of rockets from Gaza fired at cities across Israel; Iron Dome shoots down dozens.

Hamas and Islamic Jihad fired barrages totaling more than 150 rockets at central and southern Israel on Thursday, targeting Jerusalem, Tel Aviv, Beersheba, the Shfela region and locations deep in the Negev desert.Millions of Israelis sought shelter repeatedly throughout the day, after hearing air-raid sirens. In many cases, they heard the projectiles being intercepted.In the afternoon, four rockets were fired at the Jerusalem area. The Iron Dome system intercepted two of the projectiles, and the other rockets hit open areas.Judea and Samaria Police said that the remains of one rocket was found in the Ma’aleh Adumim area and another in the Binyamin region.Hamas took responsibility for the fire on the capital, saying it had used M-75 rockets.Earlier in the day, the Iron Dome anti-rocket system intercepted at least five projectiles over the Tel Aviv metropolitan area and two others struck open areas nearby.Explosions were heard in the Tel Aviv area, although no sirens proceeded them.Sirens went off time and again in Ashdod, Ashkelon and smaller communities near Gaza. A house in the Sha’ar Hanegev region was struck and damaged. Hamas claimed that it fired 10 rockets of a new type for the first time ever on Thursday, calling it the Sejil-55.Sirens sounded in the southern city of Dimona for the second straight day. Three rockets hit open areas in the Sde Boker area.Earlier on Thursday afternoon, sirens sounded in several communities across the country as Israel’s anti-rocket system intercepted a barrage of Hamas projectiles over the Shfela region.In a possible signal of an imminent ground offensive, the IDF has told Gazans who live in a number of areas near the Israeli border to leave their homes.The move comes after the IDF called up 40,000 reservists to replace conscripts in the West Bank, and built up its ground forces on the border.Two soldiers were wounded by a mortar attack in the Eshkol region on Thursday – one moderately and one lightly – and were airlifted to Soroka University Medical Center in Beersheba.Iron Dome batteries intercepted some 30 rockets heading toward built-up areas, though a few made it by air defenses, damaging homes and vehicles. Fragments from a particularly heavy barrage of eight rockets, fired at Rehovot, was found in several locations in the city. 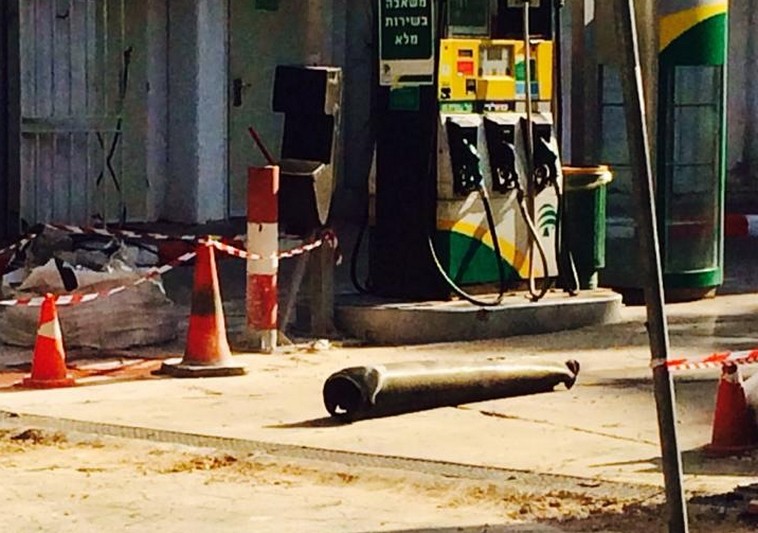 Since the start of Operation Protective Edge, some 400 rockets have hit Israel, and around 100 rockets heading to built-up areas were intercepted.The IDF has attacked more than 900 targets across Gaza since the start of the operation, and on Thursday, it stepped up targeted killings of terrorist commanders.The Israel Air Force’s targets have included buildings used by the Hamas leadership, the homes of senior Hamas members, tunnels, underground launchers, communications infrastructure, military bases and weapons caches.The IAF carried out dozens of strikes, and Israel Navy missile boats fired on coastal targets that housed weapons, as well as Hamas military posts.The IDF and the Shin Bet (Israel Security Agency) jointly targeted the homes of a series of Hamas leaders that were used as command and control centers by the movement’s military wing, Izzadin Kassam. One of the homes belonged to Uval Janadiya, a deputy commander of Hamas forces in Gaza City’s Saja’yia neighborhood who oversaw attacks on soldiers, and took part in the fighting against the IDF’s Operation Pillar of Defense in November 2012, the army said.The home of Arafat Abu Abdullah, an Islamic Jihad commander, was also hit. Abu Abdullah commanded Islamic Jihad terrorist activity from the central Gaza Strip, including rocket fire on Israel in recent days. Mahdi Kuara, a Hamas operative from Khan Yunis in southern Gaza, and Nisim Abu Ajaina, a Hamas commander from Beit Lahyaia in northern Gaza, responsible for building Hamas’s military power and the digging of attack tunnels, both lost their homes in the air strikes.The home of Shadi Saleh Rajab, a Hamas member responsible for rocket fire from northern Gaza, was also bombed.“The IDF has struck and will continue to seriously damage the Hamas terrorist organization, its infrastructure, and any element involved in terrorist attacks on the State of Israel and its citizens,” the army said.Gazan medical sources have said that 77 people have been killed by the strikes.The IAF and the Shin Bet attacked a Hamas member on a motorcycle in central Gaza who was responsible for rocket fire on Israel in the afternoon.The air force killed three Islamic Jihad members in central Gaza. It later named them as Mahmoud Walud, Hazam Ba’alusha and Ala’a Abd Alabni.Alanbi was responsible for Islamic Jihad’s rocket launching cells in northern Gaza, as well as rocket fire on Israel in recent days, including long-range projectiles, the army said. The IDF killed two Hamas operatives in northern Gaza who took part in rocket fire on Israel as well, security sources said.In overnight air strikes between Wednesday and Thursday, 58 Hamas tunnels were destroyed, bringing the total number of targeted tunnels to 220 since the beginning of the operation.Dozens of rocket launchers and 46 command and control facilities – many located in the homes of senior Hamas commanders – were destroyed in overnight strikes, a senior military source said on Thursday morning.Some 80 command and control centers have been bombed since the start of the operation, the source added, and well over 500 underground rocket launchers have been destroyed.Around 800 tons of explosives have been fired by air force jets on targets this week, the source said. The IAF’s rate of fire is double that of Operation Pillar of Defense, carried out in November 2012 to stop Hamas rocket fire from Gaza.“We’ll see this trend increasing, as part of our firepower policy,” he said.The source said Hamas is waking up on Thursday to “a lot of damage in Gaza. Its facilities are destroyed, as are the homes of its battalion and deputy battalion commanders that were used as command and control centers in every way. Hamas was running the operations of their units out of these homes. Some had weapons storage caches in them.”The IDF is continuing to put pressure on Hamas, he said, and the Gazan regime is frustrated by the fact that the military power it has built up over years is systematically being destroyed.Iron Dome’s high effectiveness in stopping rocket fire on the Israeli home front is also frustrating Hamas, he said.
Advertisement
Subscribe for our daily newsletter