"I am compelled to respond with disgust to recent attempts in the press and on social media to libel this American patriot." 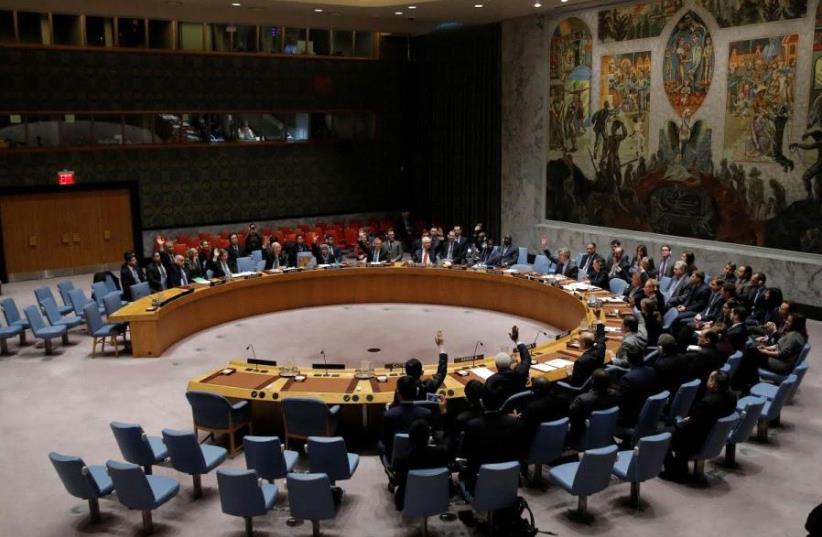 THE UN Security Council votes on a resolution. The US refused to veto a resolution condemning Israel just before US President Barack Obama left office.
(photo credit: REUTERS)
Israel has done everything within its power to cooperate with its violent neighbors, defying eight years of criticism and condescension from the Obama administration and the antisemites at the United Nations. Indeed, President Obama did everything within his power to diminish the standing of Israel in the world. He repeatedly sent mixed and extremely dangerous messages about our relationship with Israel.As President Obama’s days in office were coming to an end, he and Secretary of State John Kerry broke with over 20 years of bipartisan precedent by refusing to veto a resolution at the UN Security Council designed to undermine Israel’s right to exist. The resolution, orchestrated by the Obama administration, went to such an outrageous extent it would categorize even places like the Western Wall as occupied territory. This overt betrayal by Obama of our closest ally reinforced the position of the ubiquitous antisemites at the UN.The cowardly refusal of the Obama administration to confirm to the world who our allies are left President Donald Trump in the very uncomfortable position of having to do damage control before he was even sworn in. If anything should serve as unequivocal confirmation to the entire world of America’s commitment to Israel and the Jewish people, it is the president’s choice of Dr. Sebastian Gorka as White House deputy assistant.I am compelled to respond with disgust to recent attempts in the press and on social media to libel this American patriot. Dr. Gorka truly understands the existential threat Global Jihadism poses to both America and Israel. He has repeatedly stated that groups like al-Qaida and Islamic State (ISIS) share a totalitarian bond with the Fascists and Nazis who threatened the world in the 20th century. To associate him in any way with such ideologies is repugnant and a prime example of “fake news.”Most disturbing of all is the attempt to portray Dr. Gorka as in any way antisemitic. Having called upon his expertise on counterterrorism repeatedly in Congress and used his analysis to inform our work, I can attest that he is a deep and relentless friend of Israel and the Jewish people.Sebastian Gorka’s service to the nation, his reputation, and his national security credentials are all unimpeachable and I am delighted that Israel and the Jewish people have such an ally serving our president in the White House.The author is serving his eighth term in Congress and is the chairman of the Congressional Israel Allies Caucus.