This Normal Life: Breaking the rabbinate’s monopoly on marriage

"What's missing is the destruction from within," says Rabbi Chuck Davidson. 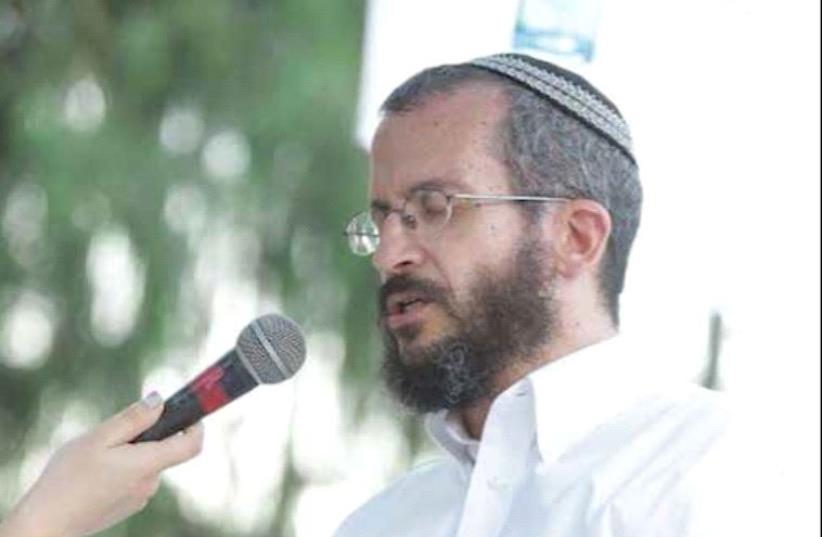 Rabbi Chuck Davidson
(photo credit: Courtesy)
Rabbi Chuck Davidson is on a holy mission to end the rabbinate’s monopoly on marriage.Nearly every night of the week, Davidson conducts wedding ceremonies that the rabbinate deems “illegal.”His goal: to get arrested.That’s the only way, he says, to force the courts to rule on what he considers one of the greatest absurdities in the clash between religion and state – where if a couple marries in a Jewish ceremony that’s not registered through the rabbinate, both the couple and the rabbi that married them can face up to a two-year prison sentence.“It simply can’t be that a Jewish act like getting married is criminal in the only Jewish state,” Davidson says.I got to know the renegade Orthodox rabbi while writing about my own daughter’s wedding that bypassed the rabbinate. I wanted to know if she was in any danger of being arrested herself.“Yes,” Davidson told me, “but the chances are minuscule. Imagine what would happen if the police arrested a young couple for getting married. The rabbinate is not that stupid.”Davidson says that the current law – which came into effect only two and a half years ago – is really intended to scare off other Orthodox rabbis from going around the rabbinate.It’s worked.“There are only two Orthodox rabbis left that will conduct a wedding ceremony outside the rabbinate above the radar, and I’m one of them,” Davidson says. “There are a few others who will do it, but only rarely and very quietly.”The US-born Davidson, who moved to Israel in 1991 and lives today in Beit Shemesh, is anything but quiet.He first broke into the news with the establishment of the Giyur Ke’Halacha alternative conversion court, an idea he says he pushed for five mostly fruitless years until finally rabbis Shlomo Riskin, David Stav and Nachum Rabinovitch signed on.Giyur Ke’Halacha adopts a friendlier, less rigid approach to conversion that is still compliant with Jewish law.Weddings were a logical next step.“When they passed the change in the wedding law, that was a red line for me,” Davidson says. “I immediately started doing weddings.”When Davidson officiates at a wedding, he doesn’t charge – after all, how would he give out formal receipts? “It’s kind of hard to open a ‘criminal business,’” he says, only somewhat jokingly.News about Davidson is spreading – mainly through word of mouth and the Internet – so much so that Davidson says he now has another rabbi “who’s agreed to join me” to help handle the volume of requests.While Davidson doesn’t expect my daughter or any of the other couples he’s married to ever get arrested, he is concerned “that the rabbinate could take revenge on a couple’s kids. The rabbinate could, for example, call into question the Jewishness of the children” of a couple marrying outside its auspices, “even though there is absolutely no basis in Jewish law for this.”This already is happening for couples who wish to marry through the rabbinate but whose parents were married overseas.In such cases, “it doesn’t matter if it was an Orthodox, Conservative or Reform ceremony,” Davidson says. “For the rabbinate to register you, they have to call a special investigative court.”The court will ask to see your parents’ ketuba (marriage contract) and, if you were married by a non-Orthodox rabbi, you may be asked for more documentation – all the way up to pictures of family members’ tombstones to “prove” you’re Jewish, Davidson says. It can take months.“The whole process is very degrading,” he adds.Davidson, who became Orthodox in the 1980s, pointed out that, “if I were getting married today in Israel, I might be declared not Jewish myself because my parents were married by a Conservative rabbi.”My daughter could very well have been put in the same position if she had contacted the rabbinate.My wife and I got hitched in a fully Orthodox ceremony in the US. There was nothing egalitarian in it, no women said sheva brachot and the dancing was strictly segregated. But the rabbi who married us, who 40 years ago adopted an Orthodox lifestyle, received his ordination from the Reform movement.Despite avoiding the rabbinate, my daughter is registered with the Interior Ministry as married. She and her husband had a civil ceremony in Cyprus beforehand. Many couples don’t go that extra step, opting to live under the category of yadua b’tzibur – Hebrew for a common-law marriage.Davidson is not a big fan.“I personally think the institution of common-law marriage is not healthy on a societal level,” Davidson says. “No one knows who’s married to whom. You could conceivably be married to three or four people. It can create polygamy. I’m in favor of chaos regarding religion and state, but not societal chaos.”Davidson’s chaos is all about breaking the rabbinate’s monopoly. While Davidson is doing his best – including trying to get arrested – to force the issue, he concedes that ultimately it’s up to the Orthodox establishment to heal itself.“What’s missing is the destruction from within,” he says. “There are Orthodox rabbis who despise the rabbinate but are afraid to do anything. That’s the piece I seek to fill.” The author is a freelance writer who specializes in technology, startups and the entrepreneurs behind them. More at www.bluminteractivemedia.com.