The capital is well set up for backpackers on a budget with a host of dynamic and affordable hostels and guesthouses.

By LOREN MINSKY/ ITRAVELJERUSALEM.COM TEAM
Heritage House 370
(photo credit: Courtesy)
Advertisement
Abraham HostelNamed after the biblical character Abraham who was known for his generous hospitality, Abraham Hostel is an all-encompassing hub for independent travelers. Young, funky, upbeat and warm, Abraham Hostel is the brainchild of a bunch of backpackers and entrepreneurs, including Yaron Burgin and Maoz Inon, the creators of ILH (a network of Israeli hostels with European standards). 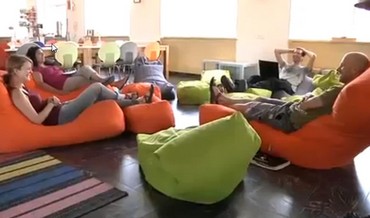 In addition to a clean bed in one of the 72 en-suite rooms (dorm and private), Abraham Hostel offers comprehensive travel information, bike rentals, local events, language classes, a rooftop terrace, various relaxed common areas and more. Centrally located, the Hostel is within walking distance of many major sites and offers a free walking tour of the Old City. Address: Davidka SquarePhone: (02) 650-2200      Lutheran GuesthousePerfectly located on the border of the Armenian and Jewish Quarters in the Old City, Lutheran Hostel is within walking distance of some of the most holy sites of Christianity, Judaism and Islam. The house was built on crusader foundations in 1860 by Dr. Konrad Schick and retains ancient stones from the 12th-century and possibly before. The place was renovated in 2003 and 2007 and all 36 rooms (single, double, triple and 4-beds) are clean and pleasant and have en suite bathrooms, hot water, central heating, telephone and internet connections.  Lutheran Hostel not only offers a magnificent and shady garden but also offers beautiful views of the Old City from above. Address: 7 St Mark Road, Old CityPhone: (02) 628-2120Jerusalem HostelJerusalem Hostel is as conveniently and centrally located as it gets with Ben Yehuda Street, the neighborhood of Nahalat Shiva and the light rail at its doorstep. Once a two-star hotel, the Jerusalem Hostel has been transformed into a modern, clean and young-in-spirit space. 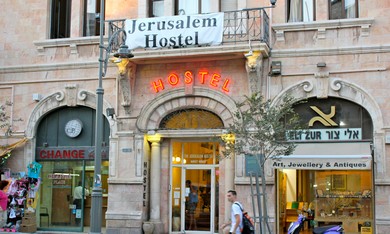 However, remnants of the historic hotel remain: an impressive entryway with curved stone columns, wall-to-wall carpeting, wide, well-lit corridors and high ceilings. The hostel is not only filled with character but has all the amenities one expects of a hostel: free WiFi, a massive roof, a safe for valuables, a fully equipped kitchen as well as a pleasant dining area. Address: 44 Jaffa Road Phone: (02) 623-6102      Yitzhak Rabin Youth Hostel and Guest HouseThe Yitzhak Rabin Youth Hostel is clean, modern and well-appointed and does not feel like a traditional hostel. In memory of the late Yitzhak Rabin, the building is located in a particularly green, clean and quiet part of Jerusalem at the end of the Neve Sha’anan neighborhood, near to the Valley of the Cross, the Botanical Gardens and the Knesset. The hostel offers 77 spacious and clean rooms as well as an on-site synagogue with Sefer Torah and a kosher dining room (breakfast included in price). It offers good value for money for families.Address: 1 Nahman Avigad Street, Givat RamPhone: (02) 678-0101  Heritage HouseA home away from home for Jewish travelers, Heritage House was established 27 years ago to provide warm, comfortable and respectable accommodation in the heart of the Jewish Quarter in the Old City. Heritage House is unique in that it is completely closed during the day so that people are forced to go out and see the city. 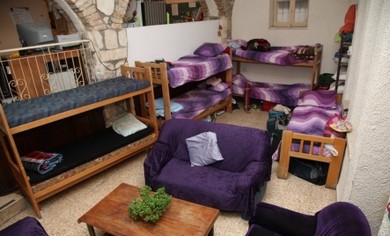 Travellers pay a nominal fee (NIS20 per week night and NIS25 on Shabbat) and are provided with a wealth of information on Israel, clean towels and linen, laundry services and free WiFi. Heritage House offers separate lodging for women and men, just a few blocks away from each other. The men's accommodation is now known as Jerusalem House.Women’s House:Address: 7 Hamalach Street, Jewish Quarter, Old CityPhone: (02) 628-1820      Men’s House: Address: 2 Ohr Hachaim Street, Jewish Quarter, Old CityPhone: (02) 627-2224      ITravelJerusalem.com is a new online international travel portal offering all the latest information on things to do, places to eat and places to stay in Jerusalem.
Advertisement
Subscribe for our daily newsletter

19 people were killed on the roads this week, the carnage must end- editorial