Will we hear Hillary Clinton soon on the Howard Stern show?

"My thing is, ‘wow, as a human being how do you succeed?’ Don’t we all need to know how to succeed. This is a phenomenal story.” 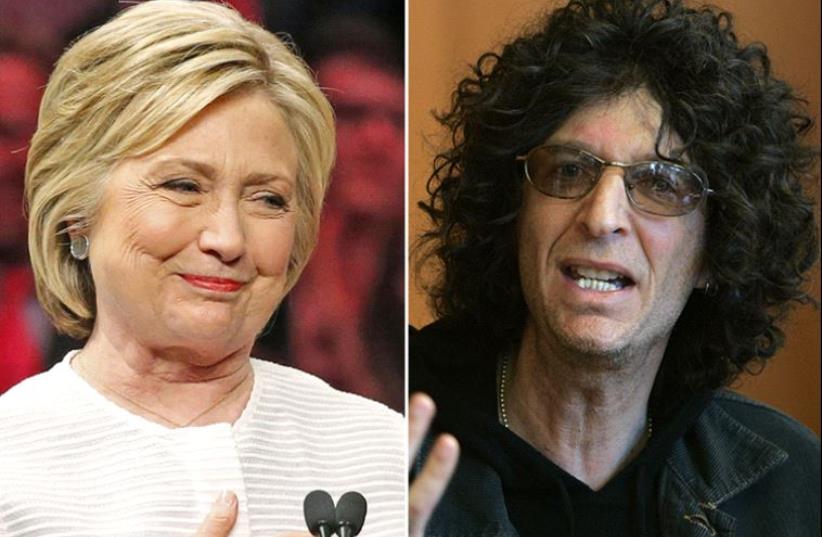 Clinton and Stern
(photo credit: REUTERS)
Advertisement
Is Hillary Clinton likeable enough? This wouldn’t be the first time that the public has asked. After the formal, career-oriented persona presented in her previous 2008 White House run, this time around the Democratic presidential nominee is attempting to show a more personable face to her voters. In doing so, she has appeared on popular television programs like “The Tonight Show” with Jimmy Fallon, where she acted out comedy skits with the effervescent host. She also had an appearance on “The Ellen DeGeneres Show”, where she previously participated in a bowl-off, and “Saturday Night Live”, where she joked about her perceived personality alongside top-notch comedians.So, will outspoken radio host Howard Stern be the next celebrity personality to welcome Clinton? In a recent interview with The Washington Post, the Jewish self-proclaimed “King of All Media” sat down to discuss how he would gladly proceed if Clinton agreed to accepted an invitation to the “The Howard Stern Show” on SIRIUS XM.Though Trump has been a guest on the show, Stern insisted in the interview that Hillary is the better candidate.“I don’t dislike Trump as a candidate but I am absolutely enamored by Hillary," he said. "And I’ve told Donald that. Hillary as a president was sort of dream of mine for a long time. I thought she was an excellent senator.”Stern said that he wouldn’t approach the nominee differently than any other guest, but he did knowledge that the scandals surrounding her career, such as the private e-mails and her marriage, would not be the focus of the interview, if mentioned at all.Instead, the highlights of the interview would be her achievements, her sacrifices and her comeback from eight years ago. “She’s already talked to the FBI about [the e-mails and scandals]. She’s testified. That’s not my thing. My thing is, ‘wow, as a human being how do you succeed?’ Don’t we all need to know how to succeed. This is a phenomenal story,” he said.Though he would not want to pressure Clinton into stopping by, he did tell The Washington Post that her appearance on his show would allow her to reach a new group of voters that may not already be considering her.He also added that his show would provide “a forum for her to not be the politician but to be the human being ” - something the Clinton campaign staff has been aiming for.