Trump and Hillary cocktails: Tel Aviv gets ready for US election

Many establishments are planning election parties with marathon coverage of the events broadcast live. 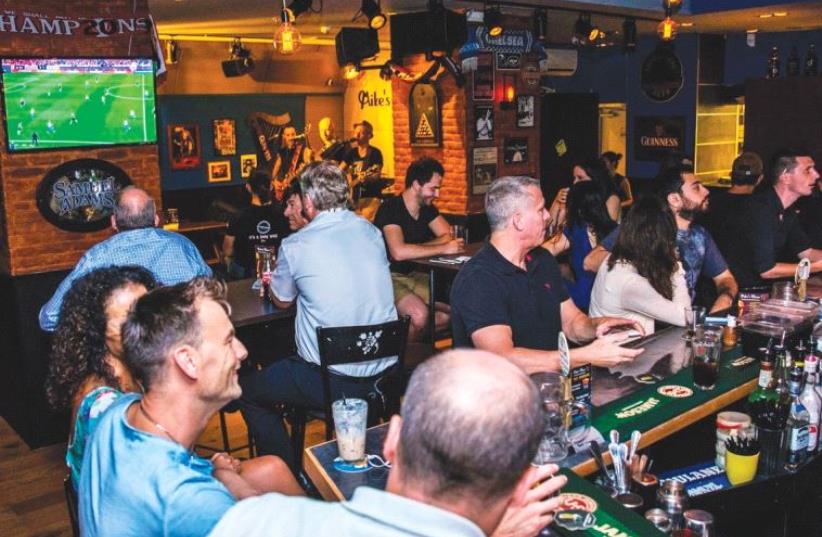 The Tel Aviv branch of Mike’s Place
(photo credit: GIL AMIR)
Advertisement
At the Tel Aviv hot spots that Americans in the city tend to frequent, they are preparing for the dramatic US elections set to take place on Tuesday.“We’ll have a Trump cocktail and a Hillary cocktail,” said Jason Jungreis, a co-owner of Mike’s Place bar on Tel Aviv’s seaside promenade.“We are organizing a special election night that will start on Tuesday evening and continue until we know who the next US president will be,” he said. “In the past few days we’ve seen Clinton and Trump supporters here and also those who don’t want either of them. But everybody is waiting for the elections, because any result will be historic.”While anticipation is high in the run-up to the elections, there are no campaign posters or pictures of the candidates on the walls. Not just tourists, but also workers, business people and American students are expected to attend the election night event. “Dozens of workers from the US Embassy are also supposed to come,” workers at Mike’s Place said.“I hope that Clinton wins the election, but I think it will be very close,” said Sandra, a patron at Mike’s Place.Another customer across the lively bar expressed his hope that Trump would prove the pollsters wrong and be voted president.“We aren’t political. Everyone supports whomever he wants, but everyone is American,” Jungreis added.At other bars in the area, there was a sense of apathy ahead of the elections. At an American-style bar on Bugrashov Street the young bartender said with a smile: “Who’s going to win? I’m more interested in getting a visa to the US.”At another bustling bar, Sofia, the owner, said: “I’m more interested in the upcoming elections in Bulgaria.” An employee at a cafe on Ben Yehuda Street said: “There are a lot of tourists from France here, and they are less interested, but on Tuesday everyone will be glued to their television screens.”Some of the bars and restaurants in the area are planning on showing a marathon of election coverage.At the popular bar Bogart, on Katznelson Street in the Tel Aviv suburb of Givatayim, they are planning an election night viewing party. “A lot of Israelis are interested in what goes on in the United States,” explained Yariv, the bar’s owner.Other election events are also scheduled for Tuesday in Israel. At the Azrieli Mall there will be a special event for lawyers and business people, who will gather to get the election news as it unfolds.