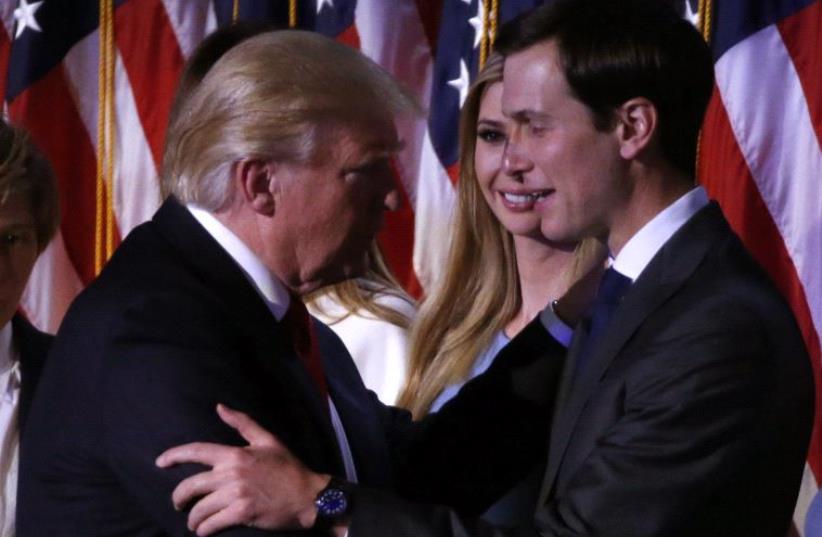 Donald Trump greets his daughter Ivanka and son in law Jared Kushner (R) at his election night rally in Manhattan, New York, November 9, 2016
(photo credit: REUTERS)
Advertisement
A Jewish real estate developer who is friends with Jared Kushner reportedly is joining Donald Trump’s administration as assistant to the president.Reed Cordish, a partner at his family’s real estate and entertainment firm, The Cordish Companies, co-hosted a fundraiser for Trump’s presidential campaign in October, according to Jewish Insider, which first reported on Cordish joining the Trump administration. Cordish is in his early 40s.Kushner’s wife and the president-elect’s daughter Ivanka Trump introduced Cordish and his now-wife, Margaret Katz.Cordish’s father, David, the chairman and CEO of The Cordish Companies, and the president-elect are friends. The two met during the mediation process of a lawsuit in which Trump sued The Cordish Companies.David Cordish also is a board member of the American Israel Public Affairs Committee, a prominent lobbying group on behalf of Israel.