Cruz asserted that the president is engaging in affirmative action and discrimination by narrowing his options to Black women. 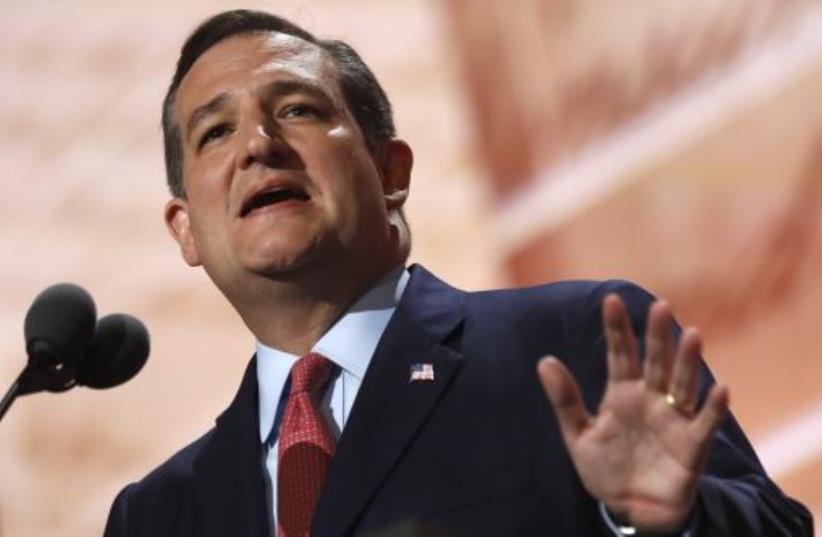 WASHINGTON – Sen. Ted Cruz, calling it “offensive” that President Joe Biden has promised to choose a Black woman for a new Supreme Court vacancy, speculated that Vice President Kamala Harris might get the nod because Democrats want her out of office so badly.

“I think there is a chance they name Kamala to the court, in part because they can’t stand her. And one of the virtues of naming her to the court is they get to get her out of the White House,” Cruz said on the latest edition of his podcast. “The Democratic Party is very worried that she’s the presumed successor to Joe Biden.”

Harris served as California’s attorney general before her election to the Senate in 2016.

Speculation about Biden’s shortlist since Justice Stephen Breyer announced his retirement last week has focused on a handful of appellate judges – highly educated and well-regarded in legal circles.

Cruz asserted that the president is engaging in affirmative action and discrimination by narrowing his options to Black women.

“That’s offensive. Black women are what, 6% of the US population? He’s saying to 94% of Americans, I don’t give a damn about you. You are ineligible. And it’s actually an insult to black women,” the Texas Republican said.

No Black woman has ever served on the nation’s high court.

Biden vowed to rectify that during a critical moment in the 2016 campaign, a promise that helped to secure backing from Rep. James Clyburn ahead of the South Carolina primary.

“My guess is if Kamala was nominated, it probably would be a 50-50 vote,” Cruz said. “Maybe she’d pick up a Republican vote. I would not be on the fence. I would be a ‘hell no’ on Kamala if she were nominated.”

Of the 115 people who have served on the Supreme Court, all but seven have been white men.

“The president is working hard to choose from a wealth of deeply qualified candidates who bring to bear the strongest records, credentials and ability that anyone could have for this role,” White House press secretary Jen Psaki said Monday afternoon. “He will choose someone who has impeccable credentials and is eminently qualified to serve as a Supreme Court justice.”

Two justices have been Black men. The first was Thurgood Marshall, named to the court in 1967 by Lyndon Johnson. The second is still serving: Justice Clarence Thomas, picked in 1991 by another Texan, George Bush.

Five justices have been women, including three currently on the court: Justices Sonia Sotomayor and Elena Kagan, both Obama nominees, and Amy Coney Barrett, named by Donald Trump.

Ronald Reagan pledged during the 1980 campaign that he would name the first female justice, and he delivered the following year by picking Sandra Day O’Connor, as Psaki noted, and Trump confined his picks to women when Justice Ruth Bader Ginsburg died. Coney Barrett got that nod.

“And there was no such complaint from the voices on the right who are speaking out now,” Psaki said.

Biden’s similar vows regarding a woman who also is Black prompted rebukes from conservative commentators, though, without regard to the caliber of his options.

Fox News host Tucker Carlson called Biden’s pledge an example of the “casual racism of affirmative action.” Lawyer Ilya Shapiro asserted that Biden’s pick will be a “lesser black woman” rather than the best jurist he could find, and that she will always be tainted with “an asterisk attached” to her name as a result – comments that could imperil his new job at Georgetown University’s law school.

“If he came and said, I’m going to put the best jurist on the court and he looked at a number of people and ended up nominating a black woman, he could credibly say, Okay, I’m nominating the person who’s most qualified. He’s not pretending to say that,” Cruz said. “He’s saying if you’re a white guy, tough luck. If you’re a white woman, tough luck. You don’t qualify.”

Or, Cruz added, “If you’re Merrick Garland – how much does it suck to be Merrick Garland? He’s literally got to sit here and be told at the outset, he is ineligible, you’re out, because sorry, wrong skin pigment and wrong Y chromosome.”

That jab was noteworthy given Cruz’s role in blocking Garland, now the US attorney general, from a seat on the high court.

At the time, Cruz was running for president. Within hours of Scalia’s death he demanded the vacancy remain frozen, on grounds that it was an election year and voters should have the final say over which party got to fill the seat.

More than 11 months remained on Obama’s second four-year term, and no such rule or precedent had ever been invoked before.

But Republicans controlled the Senate. Then-Majority Leader Mitch McConnell quickly embraced the novel argument, and Garland never even got a confirmation hearing.

Cruz himself has been the subject of Supreme Court speculation.

Just before picking Coney Barrett, Trump included Cruz on a list of dozens conservative lawyers, politicians and judges he would consider for future Supreme Court vacancies.

Cruz, a top student at Harvard Law School who clerked for Chief Justice William Rehnquist, said he was flattered but not interested in leaving elective office.

He would have faced stiff opposition from Democratic senators.

Sen. John Cornyn and other Republicans called him a strong contender, though some privately suggested they’d back his nomination for the same Cruz is now floating Harris – to get him out of their hair.

“Her political negatives are so strong. She’s just not very good at this stuff. I mean, you’ve seen the weird video of her with kids. That’s almost like a Stepford Wives robotic. It’s bizarre,” Cruz said.