As midterms near, Democrats call for hearing on white supremacist violence

"It is our responsibility to respond to this madness, and to do so without delay." 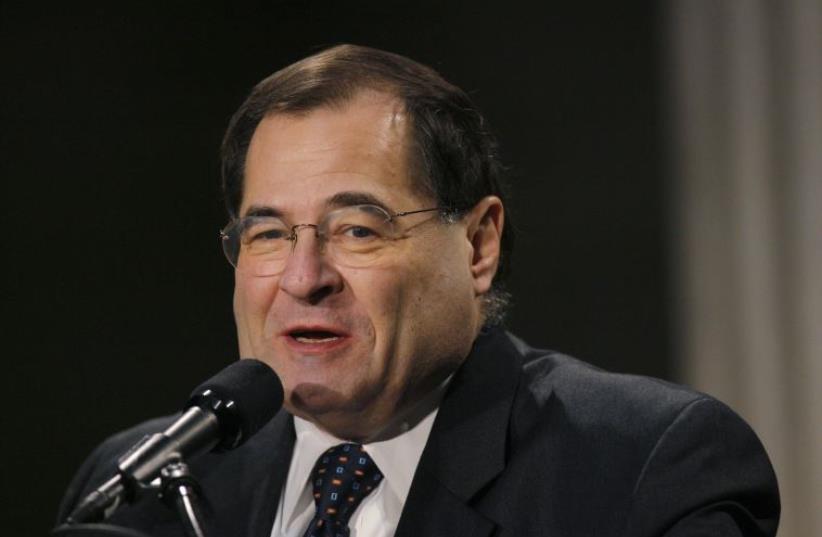 Rep. Jerrold Nadler (D-NY)
(photo credit: REUTERS)
Advertisement
WASHINGTON -- Democratic House members are calling on their Republican colleagues to hold hearings on the "extraordinary" and "unprecedented" threat of violence from antisemites and white supremacists, previewing what may be in store should the minority party take back control of the lower congressional chamber next week.Writing to the Republican chairman of the House Judiciary Committee, its ranking member, Jerrold Nadler of New York, a prominent Jewish lawmaker and critic of US President Donald Trump, said it was the committee's duty to investigate violent threats from wherever they might originate– including from the far-Right.Other Democratic members signed Nadler's letter, sent days after one white supremacist shot and killed two African Americans for their skin color, another sent active bombs to prominent Democrats, and a third opened fire in a synagogue in Pittsburgh, Pennsylvania, killing 11 congregants. Democrats on the Judiciary Committee called for a similar hearing after a neo-Nazi rally in Charlottesville, Virginia, shook the nation last summer, but the hearing never occurred.The Pittsburgh slaying was the deadliest antisemitic attack in American history."The House Judiciary Committee is charged with confronting the causes of racial and religious violence, assessing the adequacy of federal hate crimes statutes, and protecting the civil liberties of all Americans," Nadler wrote. "It is our responsibility to respond to this madness, and to do so without delay."Nadler also requests the committee address the issue of gun safety, a highly partisan topic on Capitol Hill."Please, let us set aside the politics for however long it takes for us to address this extraordinary threat," the letter continues.The nation will hold elections on November 6 that will decide which major party controls the House and Senate. Current polling suggests that Democrats are likely to take control of the House, which has broad investigatory powers and the ability to impeach the president.