Michael Wilner is the Washington bureau chief and White House correspondent for The Jerusalem Post, coordinating coverage of US foreign policy in the Middle East from the White House, State Department, Pentagon and Congress. He was formerly the New York and United Nations correspondent for the Post.

Wilner leads coverage of the Iran nuclear deal, the US-Israel relationship and the rise of Islamic State. A native New Yorker, he has reported from Europe, Africa, Asia and the Middle East on business, cultural and international affairs.

At age 23, Wilner joined the White House press corps as its youngest member and as the only representative of an Israeli news organization in its foreign corps. He traveled with the US delegation negotiating with Iran through Switzerland and Austria, and has filed from the field on the 2016 US presidential campaign, the Syrian refugee crisis, and the Gaza war during Operation Protective Edge.

Wilner earned his bachelor's degree in philosophy, politics and economics as a McKenna Scholar at Claremont McKenna College in Los Angeles, California, and graduated in 2012 as a Hindery Fellow from Columbia University's Graduate School of Journalism in New York City.

Which has shifted: The U.S. Left or Israel’s Right?

'Not getting involved' in Otzma controversy, Pompeo says 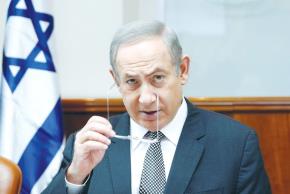 Who are the Kahanists of Otzma Netanyahu opened Knesset door to?

Pence, Merkel trade jabs over which is emboldening Iran

Has a turn left affected the Democrats’ long-standing consensus on Israel?