The show follows the story of the integral role a Norwegian couple played in getting the Israelis and Palestinians to the negotiating table in 1993, a process led by then president Bill Clinton. 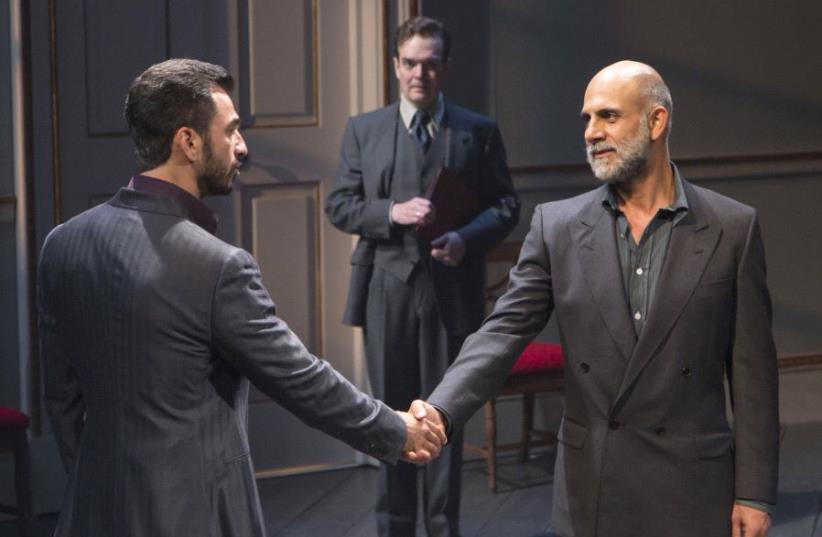 So thrilled to see President Bill and Secretary Hillary Clinton in audience of Oslo at Lincoln Center today. Seems others felt as I did. pic.twitter.com/gddLSpRGRb
— Joisey Joh (@JoiseyJoh) July 3, 2017

Several members of the crowd were heard to shout "we love you Hillary," while others began to chant her name as she entered the theatre in New York City. The show follows the little-known story of the integral role a Norwegian couple played in getting the Israelis and Palestinians to the negotiating table in 1993, a process led by then president Bill Clinton.While the play focuses on Norwegian diplomat Mona Juul and her husband, Terje Rod-Larsen, there are plenty of Israeli supporting characters that take the stage, including Uri Savir, the Israeli negotiator, deputy foreign minister Yossi Beilin and even an appearance by Shimon Peres.“It’s such a verbal and idea-driven story, but also a visually compelling one,” Rogers told The Hollywood Reporter about the film adaptation. “I always thought that, in the back of my mind, it’d be fascinating to pivot and come at it from a very different way.”Amy Spiro contributed to this article.