Fear: Trump in the White House has already been printed 1 million times, making it the most successful nonfiction book in recent years. 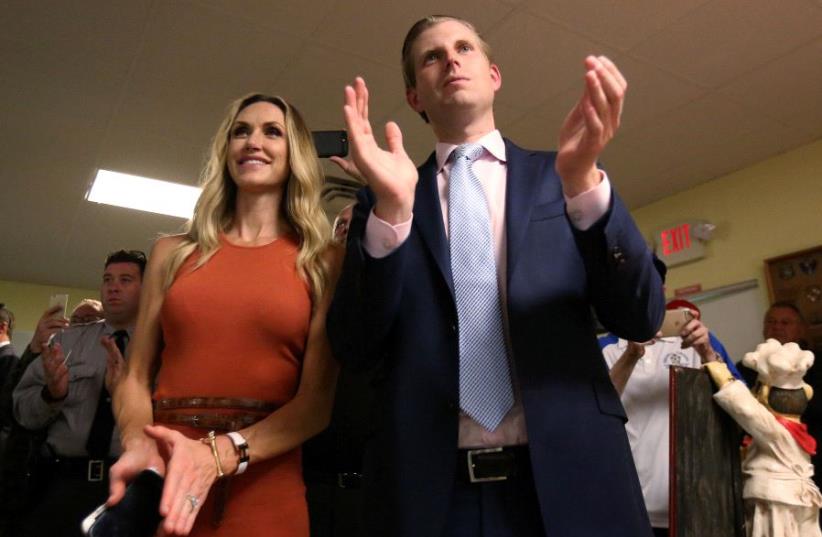 Eric Trump and his wife Lara Yunaska
(photo credit: REUTERS)
Advertisement
Eric Trump, the second son of US President Donald Trump, told a conservative morning show on Wednesday that award-winning veteran journalist Bob Woodward was trying to “make three extra shekels” by publishing extraordinary revelations about his father’s incompetence in the Washington in Fear: Trump in the White House, his latest book out Tuesday to mark 9/11.Woodward is not Jewish.The comment was made on Fox & Friends, one of the president’s favorite shows on Fox News, a conservative cable news outlet preferential to him. Woodward is currently on a media tour promoting his book, which details a chaotic White House in which Trump is surrounded by aides trying to protect the country from him, and who believe he is a serial liar.Trump’s first son, Donald Trump Jr., said earlier in the week of the book that Trump now feels his circle of trust is even smaller than before, given the number of senior officials named in the book allegedly attempting to check the president’s “worst impulses.”

Fear: Trump in the White House has already been printed 1 million times, making it the most successful nonfiction book in recent years.A spokesman for the Anti-Defamation League questioned the remark, stating to The Jerusalem Post: “We believe it’s up to Mr. Trump to explain what he meant by that comment.”