This is the third NSA employee or contractor to be charged within the past two years on counts of improperly taking classified information from the agency. 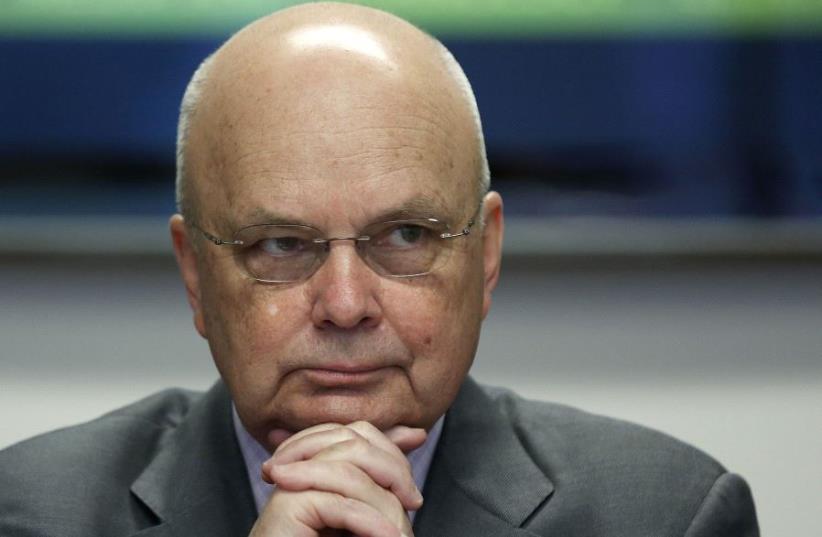 Former CIA and NSA director Gen. (ret.) Michael Hayden.
(photo credit: REUTERS)
Advertisement
WASHINGTON - A former US National Security Agency employee pleaded guilty on Friday to illegally taking classified information outside the spy agency that an intelligence official said was later stolen from his home computer by Russian hackers.Nghia Hoang Pho, who worked in the NSA's elite hacking unit, retained US government documents containing top-secret national defense information between 2010 and March 2015, the Justice Department said.Pho, a 67-year-old US citizen born in Vietnam, faces up to 10 years in prison. He is not being held by authorities as he awaits his sentencing, which is scheduled for April 6, 2018, in US District Court in Baltimore.A US intelligence official, speaking on the condition of anonymity, said Pho was the same NSA employee who had been identified in media reports for using Kaspersky Lab antivirus software on his home computer. Some US officials have said software from the Moscow-based company allowed Russian intelligence agencies to pilfer sensitive secrets from the United States through Pho's computer.The Department of Homeland Security in September ordered federal agencies to start removing Kaspersky software from their computers. US officials have said the firm either has ties to Russian intelligence or is forced to share information held on its servers with Russian officials. Kaspersky has repeatedly denied the allegations but acknowledged its software in 2014 took NSA code for a hacking tool from a customer's computer before its chief executive, Eugene Kaspersky, ordered the code destroyed.The court documents do not appear to make mention of Russian intelligence agencies or Kaspersky Lab. The connection was first reported by the New York Times.The intelligence official declined to comment on whether Pho knew the software he was using at home was vulnerable.Pho is at least the third NSA employee or contractor to be charged within the past two years on counts of improperly taking classified information from the agency, breaches that have prompted criticism of the secretive NSA.A federal grand jury indicted former NSA contractor Harold Martin in February on charges alleging he spent up to 20 years stealing up to 50 terabytes of highly sensitive government material from the US intelligence community, which were hoarded at his home.In June another NSA contractor, Reality Winner, 25, was charged with leaking classified material about Russian interference in the 2016 US presidential election to a news outlet. She pleaded not guilty.And in 2013, former contractor Edward Snowden pilfered secrets about NSA's surveillance programs and shared them with journalists. He now lives in Moscow.Pho, of Ellicott City, Maryland, took both physical and digital documents that contained "highly classified information of the United States," including information labeled as "top secret," according to court records unsealed Friday. He was aware the documents contained sensitive information and kept them at his residence in Maryland, the records said.Asked for comment, Pho's attorney, Robert Bonsib, said, "Any conversations regarding this case will be made in the courtroom during the sentencing." He declined to comment further.Officials at the NSA and other US intelligence agencies did not immediately respond to requests for comment.The NSA, whose main mission is gathering and analyzing foreign communications for potential security threats, is based at Fort Meade, Maryland.