A humorous Royal Jordanian Airlines ad caught the attention of Twitter users on Monday as it urged passengers from Muslim countries to fly to the US with their services "now that you're allowed to." 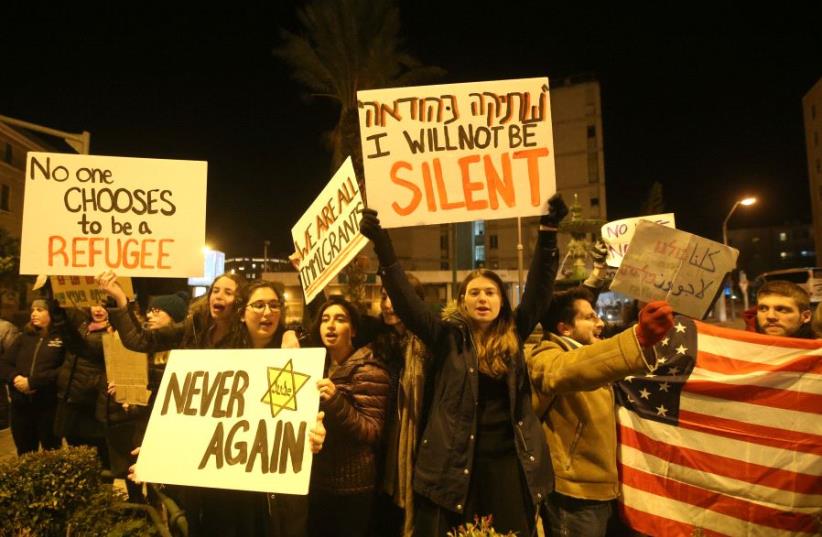 Protesting in Jerusalem against the US travel ban on Jan. 29, 2017
(photo credit: MARC ISRAEL SELLEM/THE JERUSALEM POST)
Advertisement
Jordan's flag carrier airline, Royal Jordanian, took to social media on Monday to lure potential passengers to use its services in a humorous, if controversial, advertisement published on the airline's official Twitter account. 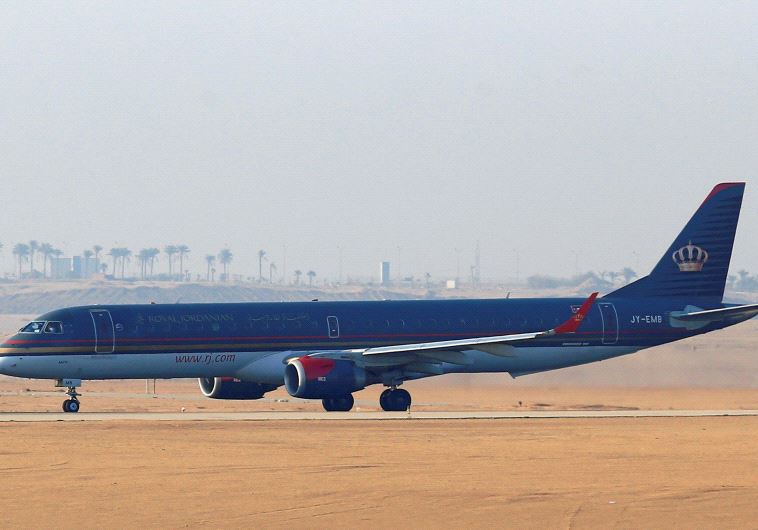 Referencing US President Donald Trump's most recent attempt to reinstate a ban on citizens of seven majority-Muslim countries from entering the US, the advertisement called on residents of these countries to fly with Royal Jordanian to the US "now that you're allowed to." The travel ban, which some media outlets have been referring to as the "Muslim Ban," was blocked by US federal judge James Robart on Friday. In a clever word play, the advertisement wished travelers a "good journey" as part of the expression 'Bon Voyage,' with the word ban emphasized in red letters. The letter 'A' was crossed out from the word 'ban,' thus turning it into the French word 'bon.'


While the advertisement took many by surprise and sparked lively dialogue on social media, some noted that this was not the first time that the airline carrier reacted to American politics and in particular to steps taken by President Trump. On November 8, 2016, hours before voting day drew to a close, Royal Jordanian posted another tongue-in-cheek advertisement, urging passengers to fly to the US before Trump could be elected, predicting that the latter would act to promote the immigration ban as he promised repeatedly throughout his campaign. In December 2015, Trump, who was then the Republican presidential candidate, stressed what he deemed an urgent need for a travel ban, saying that "until we are able to determine and understand this problem and the dangerous threat it poses, our country cannot be the victim of horrendous attacks by people that believe only in Jihad, and have no sense of reason or respect for human life."Offering last-minute flights, the elections day tweet by Royal Jordanian read: "Just in case he wins... Travel to the US while you're still allowed to!"Ariel Whitman and Reuters contributed to this report.