Neo-Nazis 'will not cause this Jew to leave,' says senior White House adviser

"As a Jewish American, I will not allow neo-Nazis ranting ‘Jews will not replace us’ to cause this Jew to leave his job."

By MICHAEL WILNER
AUGUST 25, 2017 18:37
White House National Economic Council Director Gary Cohn listens as US President Donald Trump delivers remarks in the Kennedy Garden at the White House in Washington, US, May 1, 2017
(photo credit: REUTERS)
Advertisement
WASHINGTON - The most senior Jewish staffer of the Trump administration not related to the president himself publicly called on him Thursday to act more forcefully against hate groups, livid over his response to a white power rally in Virginia earlier this month.Gary Cohn, President Donald Trump's chief economic adviser, told The Financial Times in an interview that he was near the point of resignation after the president said that "many sides" were to blame for the violence that took place in Charlottesville on August 12, around a rally organized by neo-Nazis seeking to diminish "Jewish influence" in American society."Very fine people" marched alongside the neo-Nazis, Trump said four days later at his tower in Manhattan, with a despondent Cohn at his right flank.As a "patriotic American" working in the service of his country, Cohn chose to stay, he told the newspaper. "But I also feel compelled to voice my distress over the events of the last two weeks," he added. 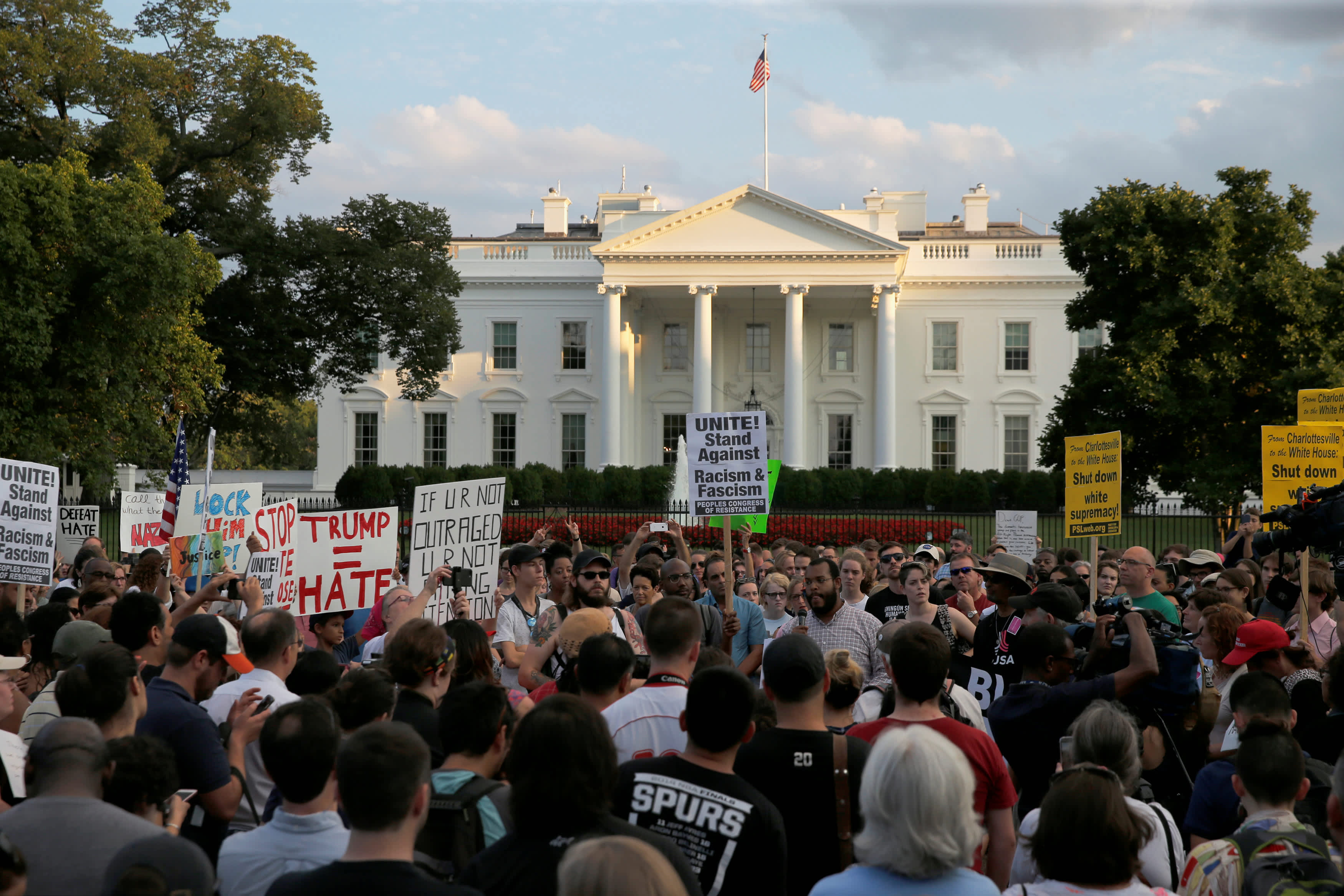 People gather for a vigil in response to the death of a counter-demonstrator at the "Unite the Right" rally in Charlottesville, outside the White House in Washington, US August 13, 2017. (Reuters)"I believe this administration can and must do better in consistently and unequivocally condemning these groups and do everything we can to heal the deep divisions that exist in our communities," Cohn said. "As a Jewish American, I will not allow neo-Nazis ranting ‘Jews will not replace us’ to cause this Jew to leave his job."Cohn has been a target of Trump's base of supporters, cast as a "globalist" product of Wall Street and a secret New York Democrat. A frequent target of Trump's former chief strategist, Steve Bannon, as well as his attack dog website known as Breitbart, Cohn is seen as a more moderate force within the West Wing.He is politically allied with the president's daughter and son-in-law, Ivanka Trump and Jared Kushner, who are also both Jewish, and were also reportedly distraught over the president's reaction to Charlottesville. Ivanka denounced neo-Nazis and other hate groups shortly after the event, but Kushner has yet to publicly comment.