Michael, 23, is the son of Lebanese business tycoon Massad Boulos, who founded Boulos Enterprises, a conglomerate that does work with vehicles, equipment, retail, and construction worth billions. 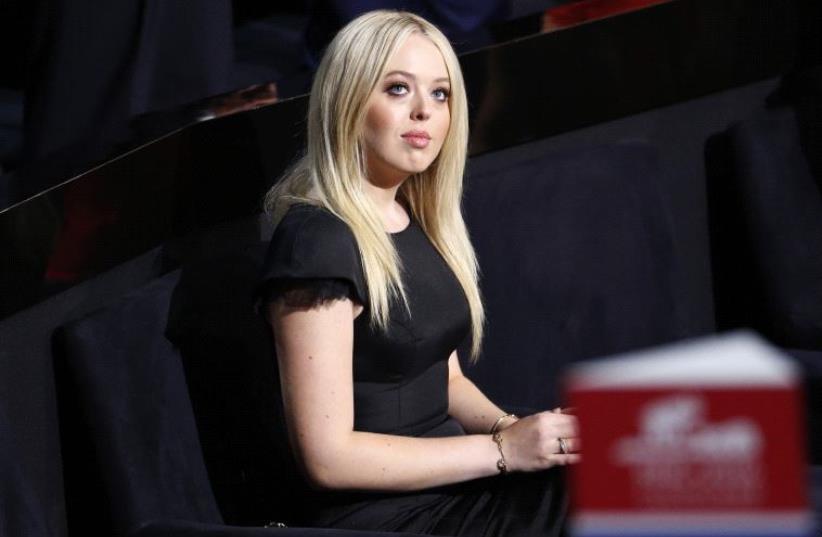 Donald Trump's daughter Tiffany Trump watches the proceedings during the third day of the Republican National Convention in Cleveland, Ohio, U.S., July 20, 2016.
(photo credit: REUTERS)
Advertisement
In a farewell post during her final hours in the White House, Tiffany Trump, daughter of outgoing US President Donald Trump, announced that she is engaged to Michael Boulos, son of Lebanese business tycoon Massad Boulos.
In an Instagram post, Tiffany wrote that "It has been an honor to celebrate many milestones, historic occasions and create memories with my family here at the White House, none more special than my engagement to my amazing fiancé Michael! Feeling blessed and excited for the next chapter!"

Boulos posted the same image, writing, "Got engaged to the love of my life! Looking forward to our next chapter together."
Trump and Boulos have been together since late 2018 after the couple met during a vacation in Greece.
Tiffany, 27, is the only child of the US President and his second wife, Marla Maples, and was mainly raised by her mother in California.
Michael, 23,  is the son of Lebanese business tycoon Massad Boulos, who founded Boulos Enterprises, a conglomerate that does work with vehicles, equipment, retail, and construction worth billions.
He grew up in Lagos, Nigeria, attending what Page Six described as an “elite international school.”