US House passes tax reform that could politicize houses of worship

The ADL said, the Johnson amendment “has protected the integrity of houses of worship and other non-profit organizations by prohibiting them from endorsing or opposing political candidates.” 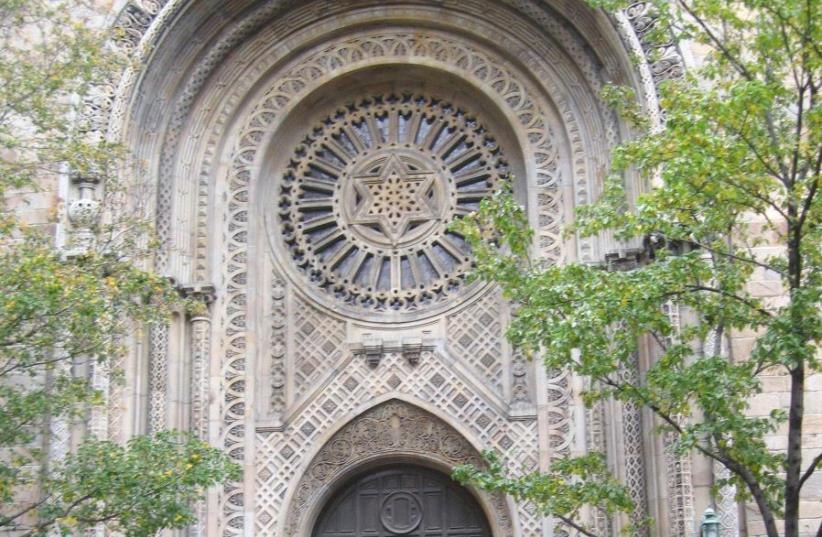 B’nai Jeshurun synagogue in New York City
(photo credit: Wikimedia Commons)
Advertisement
The US House of Representatives passed major tax reform legislation along party lines that critics said effectively repeals an amendment designed to keep houses of worship nonpartisan.The vote Thursday was 227-205, with 13 House Republicans joining all Democrats to oppose the Tax Cuts and Jobs Act. Its passage represents the advancement of a key agenda item for President Donald Trump and congressional Republicans, CNN reported.The Anti-Defamation League said the bill constitutes a repeal of the Johnson Amendment, which bars tax-exempt nonprofits from endorsing or opposing candidates. For decades, the ADL said, the amendment “has protected the integrity of houses of worship and other non-profit organizations by prohibiting them from endorsing or opposing political candidates.”ADL’s national director, Jonathan Greenblatt, warned that “undermining the Johnson Amendment’s critical protections will politicize the pews and foster inappropriate religious entanglement with politics.” ADL “is deeply troubled and disappointed” by the development, the group said in a statement.Noting that the Senate’s current version of the tax bill does not contain a similar repeal, ADL added that the Senate “must be resolute on this issue by taking a stand to keep divisive politics out of our houses of worship.”
Trump visits Jerusalem"s Church of the Holy Sepulchre (credit: REUTERS)
While the bill’s passage in the Republican-controlled House was largely drama free, the prospects for the measure are more unclear in the Senate, where Republicans hold only a two-seat majority, CNN noted.The House Republican tax plan, released Nov. 2, condenses the current seven tax brackets to three, nearly doubles the standard deduction and caps the amount taxpayers can write off in state taxes at $10,000. The Senate Republican plan, released Nov. 8, eliminates the state and local tax deduction and keeps the current seven brackets but lowers rates.The Senate Finance Committee is expected to vote its version out of committee on Friday, according to The New York Times, with a full Senate vote expected after Thanksgiving.Dozens of Jewish nonprofits, charitable organizations and religious institutions last week urged Congress to refrain from passing legislation that compromises the Johnson Amendment.A letter signed by 55 Jewish groups was sent last week to the chairman and ranking member of the House Ways and Means Committee.“Charitable nonprofits and houses of worship can only be successful if we maintain public trust in our integrity and commitment to mission,” the letter reads. “Politicizing them for the benefit of politicians and partisan donors would destroy that trust. Every charitable dollar spent on partisan campaign politics is one less dollar spent on the public good.”In addition to ADL, groups representing all streams of Judaism except the Orthodox community signed the letter, as did Jewish community relations councils and the Jewish federations of several cities. The Jewish Federations of North America and the Jewish Council for Public Affairs also signed the letter, as did the American Jewish Committee and B’nai B’rith International.