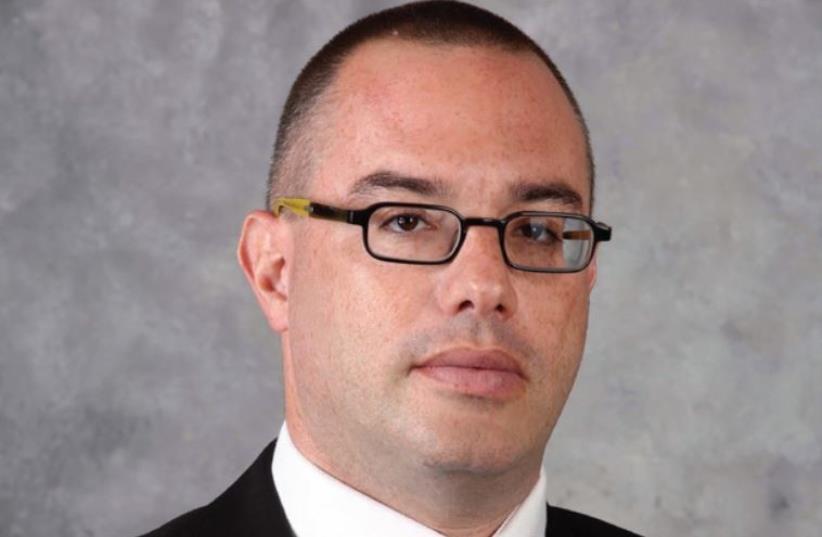 Lior Tanner, El-Al’s frequent flyer program manager
(photo credit: Courtesy)
Advertisement
Long renowned for its excellent service, secure flights and kosher meals, El Al’s status as Israel’s flagship airline in terms of technology and customer service is shifting into a higher gear.El Al’s “Fly Card” was created to reward frequent flyers – a credit card that enabled customers to earn points toward flights. The membership club card was created two years ago to enhance the connection between the company and its customers.About a decade ago, El Al began to face challenges such as high gasoline prices, the advent of low-cost air carriers, and implementation of the new open sky reform.“Low-cost companies have captured 30% of the flying market in Israel,” notes Lior Tanner, the frequent flyer program manager. Seeking to maintain and expand its clientele, the Fly Card was born.“Creation of the Fly Card was a strategic process,” stresses Tanner. “It wasn’t randomly performed.”In 2012, major airlines from around the world started researching ways to benefit both the airlines and the customer. They concluded that credit cards connected with club memberships gave incentive for customers to be loyal to a single airline.“These kinds of credit cards are valuable and profitable – in the eye of the customer. The Israeli crowd prefers flying tickets rather than supermarket discounts or ‘cash-back’” says Tanner.“Fly Card grants you points for every purchase, not only in a specific supermarket,” he adds.Fly Card offers “the best of both worlds,” in Tanner’s words. The point system correlates to the amount of purchases on the card.“First is the improvement of the point conversion ratio. In the past, one garnered points with less ease; the average was one point for every NIS 800 to NIS 1,000 spent. Today, basic card owners earn a point for every NIS 250 they spend, and premium card owners earn a point for every NIS 190,” Tanner explains.To increase consumer convenience, points accrue automatically.“In the past you had to call the credit company in order to cash your points and exchange them for a ticket; now it is done automatically. There is no risk of losing your points,” says Tanner.El Al is currently working to expand the network of cooperating enterprises.“The number of groups and companies that we work with is being updated constantly,” Tanner says.“Soon we will publish a significantly expanded list. Among these, I can mention the Mega supermarket network, Dor-Alon gas stations, a selection of hotels and more. Cardholders benefit from earning extra points when purchasing there. For example, filling up with gas at Dor-Alon for NIS 250 NIS (or NIS 190, depending on the type of card) yields you two bonus points.”In addition to earning points, affiliated companies and even events, such as Jerry Seinfeld’s stand-up in Tel Aviv, offer discounts to those purchasing with Fly Cards.The expanded benefits of the Fly Card enhance loyalty to El Al.“Until now frequent flyer members were the only consumers who benefited from a card of this nature. Now the card expands practical benefits to those whose major relevant activity is consumer spending,” Tanner says.Beyond the points system, El Al has worked to appeal even to those who are not members.“We lowered the prices of tickets, not just for club members,” Tanner goes on to explain. “In the past you gained a ticket for a flight every three or four years, now one can expect to gain a ticket every year.”Moreover, members can further increase the value of the Fly Card by choosing flights in less busy months.“If you are willing to consider flying off-season, you can purchase five or six tickets for the price of one high-season ticket (about 700 points). That means that from October to the end of March you can find tickets to Rome or Berlin for as little as 50 to 100 points,” Tanner says.Another advantage of using the point system for purchasing tickets is that Fly Card members enjoy discounts for checked bags, which can help prevent significant additional expense when flying long distances.The Fly Card has proven wildly successful.“We have more than 150,000 card holders today,” beams Tanner.“In our first year, we surpassed the NIS 7b. annual cycle. For most of our customers, it has become their primary credit card. The average monthly usage is NIS 4,000 of purchases for the basic card and NIS 20,000 for the premium card,” Tanner discloses.The win-win nature of the Fly Card provides meaningful incentive for customers and further helps El Al cultivate and retain patrons. Frequent flyers can now stay loyal to their beloved airline without breaking their bank accounts. Shaina Oppenheimer contributed to this report.To register for the Jerusalem Post Annual Conference: https://members.jpost.com/nyc2016.aspx