‘The US will remain Israel’s most important business partner’

It is extremely important for Israel to develop diversified connections with foreign entities. 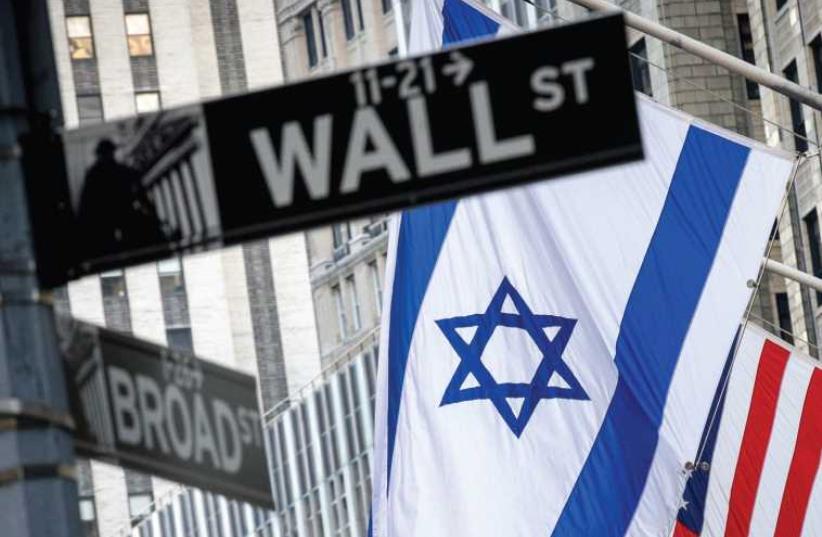 Israel and US flags
(photo credit: REUTERS)
Advertisement
The United States is Israel’s most important trade partner. It is also the main source for knowledge and the flow of investments in Israel, which have grown over the years.Bilateral trade between the United States and Israel stands at $38 billion, $23b. of which Israel exports to the US in products, services and knowledge. The US has become the most important target market for Israeli exports, but surprisingly, Israel has become extremely important economically for the States, too, and it is among the top 25 countries for American exports.But these incredible numbers do not tell the full story. In order to understand the economic and strategic relationship between the two countries, one must first grasp its immensity, which is extremely hard to quantify, but which has shaped the long-term economic dialogue between the US and Israel.Moreover, the countries’ shared values of democracy and freedom have shaped their unique economic and commercial relationship, and, as a result, the US has become Israel’s greatest political ally. In fact, the US is Israel’s largest and most important friend, and knowing that America has Israel’s security as its highest priority is our most important strategic asset.The American Jewish community is the world’s second-largest Jewish community, after Israel’s.Its tremendous economic strength has played a crucial role in opening doors for Israeli exports, creating interest for Israeli companies on Wall Street, and encouraging American venture capitalists to invest in Israeli technology.Starting in the 1980s, the political and moral pact between the US and Israel has deeply influenced this economic process. The Israeli economy went from being a centralized, socialist, closed market to a competitive market economy built on the principles of capitalism as can be found in the US capital market.The American government was heavily involved in the formation of Israel’s economy, and its offering of bridge loans was enormously helpful. The change that took place in Israel was dramatic. One of the reasons for this was Israel’s transition to an export-oriented economy.Over its first 50 years of existence, Israel imported much more than it exported, which resulted in a relatively high trade deficit.The debt/GDP ratio reached 280 percent by the early 1980s, an extremely dangerous level that made it very difficult to obtain credit from foreign sources.Israel’s modern economy as we know it today was heavily influenced by the opening of the Israeli economy to competition, the lowering of taxes, and the development of knowledge-based industry, combined with conservative fiscal policies that led to a decrease in the budget deficit and foreign debt.In recent years, Israel has found itself in a healthy debt/GDP ratio of 67 percent, and as a result has enjoyed a strong international credit rating of A+- (compared to Israel’s first rating of BBB-). Israeli goods and services are currently being sold in more than 100 countries around the world, and Israel also imports from a wide variety of countries.In 1977, the relationship between Israel and the US led to the founding of the BIRD Foundation that supported Israeli and American companies that cooperated together on multiple R&D projects and played a major role in the signing of the free-trade agreement between the two countries in 1985.The US became the largest and most important target market for Israeli hi-tech products, including semiconductors, software, telecommunications, medical equipment, biotechnology, Fintech and cyber security.American institutions were the main partners engaged in the exchange of knowledge with Israeli R&D centers and academic institutions.Due to this intense American involvement, there are currently more than 300 multinational R&D centers in Israel, two-thirds of which are American.When Israel was still small and young, it realized that the source of the US’s economic power was the result of a combination of its stable political system, its strong judicial system, its skilled workforce, its educational infrastructure and its highly advanced research abilities.I had the privilege in the early 1990s of being one of the founders of an initiative whose aim was to establish venture capital funds in Israel. This initiative laid the foundation for cooperation between the government and the hi-tech industry, which was still in its infancy, catapulted the start-up industry and was the impetus for Israel’s nickname: the “Start-Up Nation.”For the most part, the program was based on American knowledge and investments, and it was the catalyst for the creation of 10 venture capital funds, from which Israeli start-ups were able to seek initial funding.Bank Hapoalim held a festive event in New York in April to celebrate its 40th anniversary of activity in the US.In accordance with our international strategy, the first place we plan to expand business activities in is the US. As the largest and leading bank in Israel, Bank Hapoalim attaches great importance to trade between the two countries, and considers the US a gateway for the Israeli economy.Bank Hapoalim provides all the necessary banking and financial services to Israeli companies currently operating in the US or interested in breaking into the American market.In addition to aiding our customers across the Atlantic, we actively assist American companies operating or interested in doing business in Israel.At the same time, Bank Hapoalim provides services to middle-market American companies, as well as private clients.As the largest Israeli player in the market, Bank Hapoalim plays a significant role in foreign currency exchange decisions and offers Israeli exporters sophisticated instruments that help them lower the risk of operating in foreign currencies.It is extremely important for Israel to develop diversified connections with foreign entities.There are many emerging markets around the world – China, India and Brazil, to name a few – that are part of this steadily growing global economy. It is of the utmost political and economic importance that Israel engage in trade with these and other countries. However, in terms of foreign trade, it appears that for the foreseeable future, the US will remain Israel’s most important business partner.Yair Seroussi is Chairman of the Board of Directors Bank Hapoalim