One of Al-Jazeera’s worldwide offices is located in Jerusalem but, on its website, Al-Jazeera lists the location as Jerusalem, Palestine. 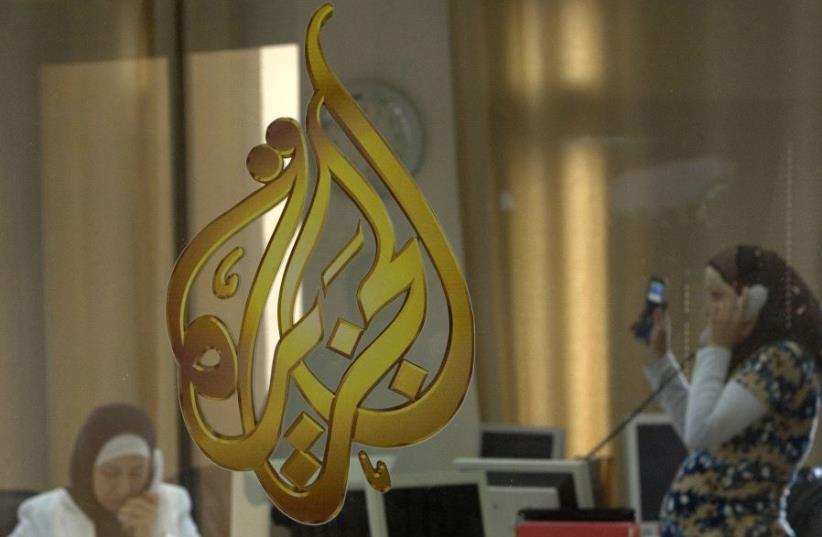 Palestinian journalists are seen through a glass window at the offices of the Arabic news channel Al-Jazeera in the West Bank city of Ramallah July 15, 2009. The Palestinian Authority banned Al-Jazeera television from operating in its territory and threatened legal action over allegations it broadca
(photo credit: REUTERS)
Advertisement
Qatar-based Al-Jazeera produces Nazi- and Soviet- style propaganda, Defense Minister Avigdor Liberman said Monday at a caucus meeting on Gaza in the Knesset.Al-Jazeera “is not media” and “it’s not journalism,” Liberman said as he issued a brief scathing verbal attack against the news organization.“It’s truly an instrument of incitement and propaganda in the disgraceful style of Nazi Germany or the Soviet Union,” he said, noting that the organization, which has a cable new station in English and Arabic as well as a website, never writes or produces negative articles against Iran.But news against Israel and Egypt, “you can see there everyday,” Liberman added.One of Al-Jazeera’s worldwide offices is located in Jerusalem but, on its website, Al-Jazeera lists the location as Jerusalem, Palestine.In the Knesset, one of the participants in the meeting asked Liberman why Al-Jazeera was allowed to work in Israel given his description of its content to which Liberman responded: “We’re not perfect.”Al-Jazeera and the Foreign Press Association declined to respond to Liberman’s remarks.