Defense Minister Ya'alon says that US plans to deal with potential Israeli withdrawal as part of peace deal were partial and did not meet Israel's security requirements. 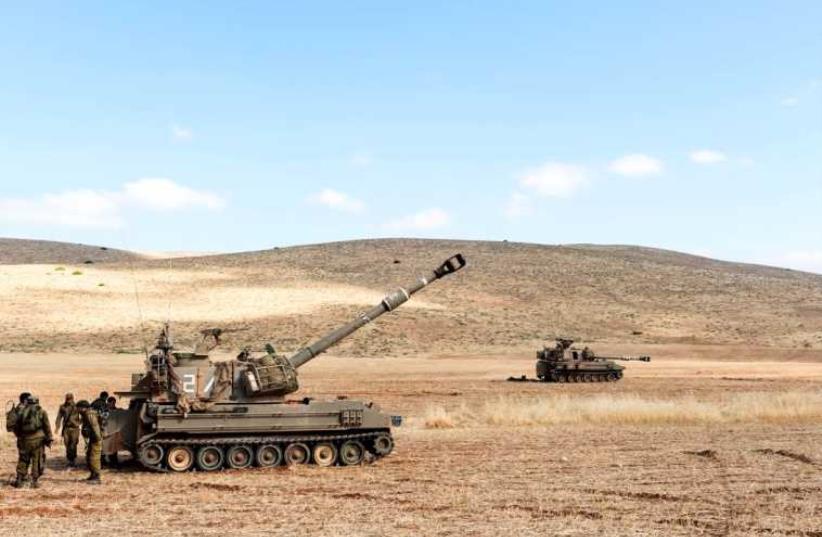 An IDF artillery unit participates in a war drill this week in the Jordan Valley
(photo credit: IDF SPOKESPERSON'S UNIT)
Advertisement
There is no comprehensive US plan that answers Israel’s security needs in the eventuality of an Israeli withdrawal from the West Bank, Defense Minister Moshe Ya’alon said on Monday.US President Barack Obama, in an interview earlier this month on Channel 2, said that he sent some of his top military advisers to Israel during the negotiations led by Secretary of State John Kerry in 2013-2014, to hear Israel describe “the worst case scenario” of what it needed to protect itself after a withdrawal and the establishment of a Palestinian state. He was referring to a US team led by Gen. John Allen.“And the truth is that we have ways in which we could deal with issues like the Jordan Valley,” he said.Former US Middle East envoy Martin Indyk, in a speech in May 2014 soon after the breakdown of negotiations, said that “under the leadership of Gen.Allen, we have done unprecedented work to determine how best to meet Israel’s security requirements in the context of a two-state solution.”But Ya’alon, in a meeting with diplomatic reporters in his Tel Aviv office, said that while Allen tried to come up with a plan during the period of negotiations, he presented only part of a plan. And even that part, he said, was not sufficient and did not meet Israel’s security requirements.“There is no US security plan, and the part that was presented was not enough,” Ya’alon said.Ya’alon, who reiterated his position that he does not expect to see a peace agreement with the Palestinians during this generation, said that he opposes any talk now of of a settlement freeze, and that this is something that should be discussed during negotiations, not announced beforehand.“The settlement issue is an issue for final-status negotiations,” he said. “I am opposed in principle to a freeze. They [the Palestinians] want to drag us to discussing the settlements or borders, where they will get things, not not have to give anything in return. I am not there, this has to be done only in final-status negotiations.”Ya’alon said that Palestinian Authority President Mahmoud Abbas is unwilling recognize Israel as the nation state of the Jews, and is trying to get out of negotiations that would force him to make concessions as well.“The ball is not in our court,” he said.Ya’alon, in a reference to the French plan to take a resolution on the Middle East to the UN Security Council, said attempts to impose a solution from the outside are doomed to failure, and that those who think otherwise have not learned from historical precedent.Regarding the situation in Gaza and Hamas, Ya’alon denied that Israel was holding talks with the terrorist organization.The defense minister said that Israel will definitely not break the Quartet conditions placed on engagement with Hamas: that the organization forswear terrorism, recognize Israel, and accept previous Israeli-Palestinian agreements.However, he said, Israel does engage with the UN and the Palestinian Authority to ensure the transfer of aid and materials into Gaza, which is controlled by Hamas.“Long-term truces” are not being discussed, he said. Asked why some Hamas officials are speaking of contact with Israel, he said that they have an interest in complicating matters for Abbas.Ya’alon said that, unlike previous rounds of fighting in Gaza in 200-2009 and 2013, after which Hamas smuggled in significant amounts of weaponry, the organization has been unable to do so following Operation Protective Edge, because Egypt has largely destroyed the smuggling tunnels and because of Israel’s naval blockade.As a result, he said, the terrorist organizations in Gaza are trying to manufacture their own rockets.Ya’alon said the recent sporadic rocket fire from Gaza was the result of rival Islamic terrorist groups challenging Hamas, and that Hamas is for the most part honoring the cease-fire.He said Israel’s response to this rocket fire is twofold: to hit the organization directly responsible if possible, and also to hit at Hamas, which has overall responsibility for what is taking place in the region under its control.