The "Patient Ones" are seeking Palestinians as a group to become an Iranian proxy in the region. 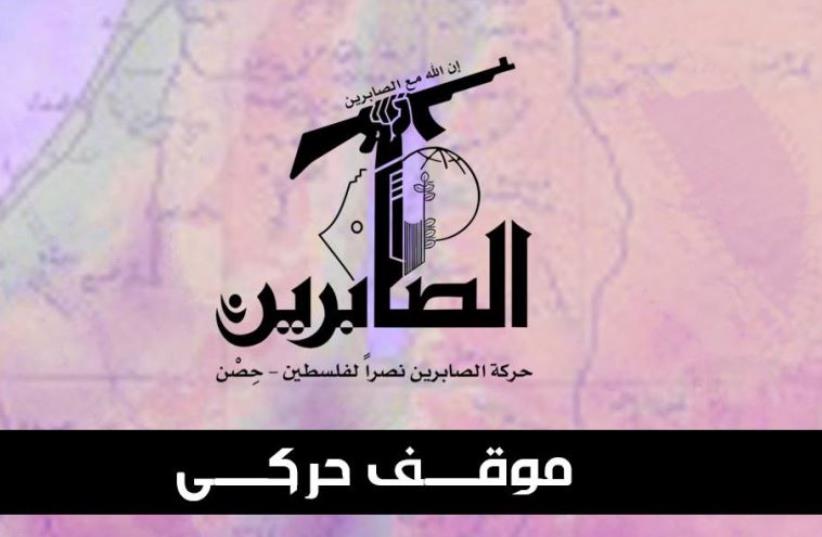 Logo of Iranian-backed Palestinian group Al-Sabireen
(photo credit: PALESTINIAN MEDIA)
Advertisement
Emboldened by its nuclear deal with the world powers, Iran is already seeking to enfold in its embracing wings around the Arab and Islamic region.Iran's capacity for intrusions has been starved by years of sanctions. Now, with the lifting of sanctions, Tehran's appetite for encroachment has been newly whetted -- and its bull's-eye is the West Bank.Iran has, in fact, been meddling for many years in the internal affairs of the greater region. It has been party to the civil wars in Yemen and Syria, and, through the Shi'ite Muslims living there, continues actively to undermine the stability of many Gulf states, including Saudi Arabia and Bahrain.The lives of both the Lebanese and the Palestinians are also subject to the ambitions of Iran, which fills the coffers of groups such as Hezbollah and Islamic Jihad.Until recently, Iran held pride of place as Hamas's primary patron in the Gaza Strip. It was thanks to Iran's support that Palestinian Islamist movement, Hamas, held hostage nearly two million Palestinians living in the Strip. Moreover, this backing enabled Hamas to smuggle all manner of weapons into the Gaza Strip, including rockets and missiles that were aimed and fired at Israel.But the honeymoon between Iran and Hamas ended a few years ago, when Hamas refused to support the regime of Syrian President Bashar Assad -- Tehran's major ally in the Middle East -- against the Syrian opposition. Since then, the Iranians, who have lost confidence in their erstwhile Hamas allies, have been searching among the Palestinians for more loyal friends. And they seem to have found them: Al-Sabireen ("the Patient Ones").Al-Sabireen, Iran's new ally, first popped up in the Gaza Strip, where they recruited hundreds of Palestinians, many of them former members of Hamas and Islamic Jihad. Palestinian sources report that Al-Sabireen has also succeeded in enlisting many disgruntled Fatah activists who feel betrayed by the Palestinian Authority (PA) and its president, Mahmoud Abbas. This sense of betrayal is the fruit of the PA's failure to pay salaries to its former loyalists. In addition, anti-Israel incitement and indoctrination in mosques, social media and public rhetoric has radicalized Fatah members and driven them into the open arms of Islamist groups.The Iranian-backed Al-Sabireen is already a headache for Hamas. The two terror groups share a radical ideology and both seek to destroy Israel. Nonetheless, Al-Sabireen considers Hamas "soft" on Israel because it does not wage daily terror attacks against its citizens. The "Patient Ones" are seeking Palestinians as a group to become an Iranian proxy in the region.Buoyed by the nuclear deal and the lifting of sanctions against Tehran, Al-Sabireen members are feeling optimistic. The group recently described these developments as a "victory" for all Muslims and proof of their "pride and strength." Muslims should now unite, they said, in order to stand up to the "world's arrogance and remove the Zionist entity from the land of Palestine."Indeed, Al-Sabireen appears to be redoubling its efforts to eliminate the "Zionist entity" and replace it with an Islamist empire. Toward that goal, the group is now seeking to extend its control beyond the Gaza Strip. The lifting of the sanctions against Iran coincided with reports that Al-Sabireen has infiltrated the West Bank, where it is working to establish terror cells to launch attacks against Israel.According to Palestinian Authority security sources, Al-Sabireen has already located some West Bank Palestinians who were more than happy to join the group's jihad against Jews and Israel.PA security forces recently uncovered a terror cell belonging to Al-Sabireen in Bethlehem and arrested its five members. The suspects received money from the group's members in the Gaza Strip in order to purchase weapons to attack Israeli soldiers and settlers in the West Bank.Al-Sabireen is not the only Iranian proxy whose eye is on the West Bank. Last month, in the West Bank city of Tulkarm, Israeli security forces uncovered and broke up a terrorist cell commanded by Hezbollah, which was planning suicide bombings and shooting attacks. The Palestinian members of the cell had been taught by Jawed Nasrallah, the son of Hezbollah chief Hassan Nasrallah, how to carry out suicide bombings, assemble bomb vests, gather intelligence, and set up training camps.All of this sounds eerily familiar. As it has spread its wings over Al-Sabireen and Hezbollah, Iran has done much the same with its other proxies such as the Houthis in Yemen and members of the Shi'ite communities in Saudi Arabia and Bahrain, all the while fomenting instability and gaining bases of local power.Loosed from its sanction-based constrictions, Iran is now free to underwrite terror throughout the region. This is precisely what is happening in Lebanon, Syria, Yemen, Iraq and the West Bank and Gaza Strip.Iran's infiltration of the West Bank should serve as a red flag not only for Israel, but also for the US and other Western powers. At the moment, there is little to be done to combat Iran's presence in the Gaza Strip. But Iran on Israel's West Bank doorstep is a flag of a different color.An Israeli pullout, leading to a Hamas takeover of the West Bank, has been a subject of concern. Now, a growing number of Israelis and Palestinians are wondering if such a vacuum will provide an opening for Iran.The future of the Middle East and Europe would be shockingly different if any Palestinian state were to fall into the hands of Iran's Islamic extremists and their allies.The Palestinians and all interested parties might remember that Al-Sabireen is -- if nothing else -- patient.Khaled Abu Toameh is an award winning journalist based in Jerusalem.Follow Khaled Abu Toameh on TwitterThis article was originally published by The Gatestone Institute