Analysis: Kuntar killed for future plot rather than past attack 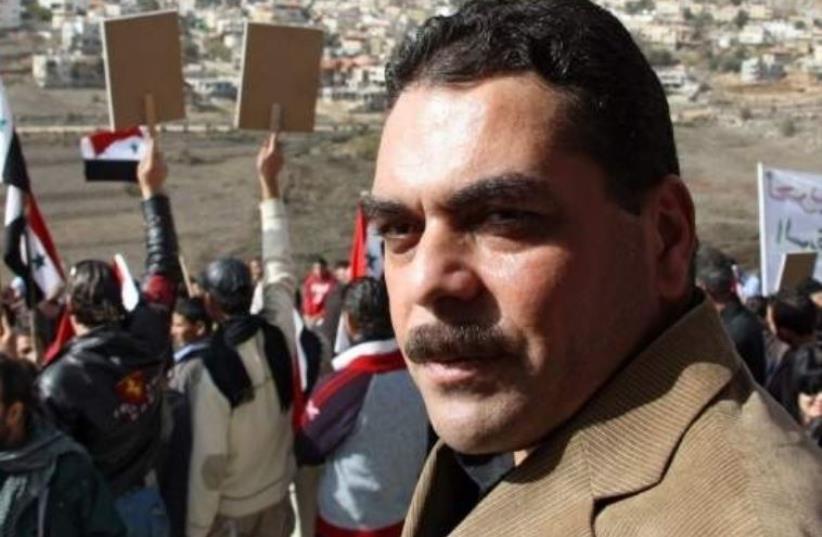 Samir Kuntar, the Lebanese Druse terrorist who served almost 30 years in an Israeli jail, was freed in a 2008 prisoner swap with Hezbollah
(photo credit: Courtesy)
Advertisement
Lebanese terrorist Samir Kuntar on Saturday night was not an act of revenge for his brutal past acts of murder, according to Western sources.Prior to his assassination, Kuntar had become a full-fledged Iranian operative, and went against Hezbollah’s attempt to downgrade its anti-Israel operations from Syria.The alleged Israeli targeted assassination, reportedly using long-range precision-guided missiles, was designed to disrupt future terrorist activities planned by Kuntar – plots that were directly supported and funded by Iran, though, somewhat surprisingly, not by Hezbollah, according to Lebanese reports.Iran can be expected to feel the need to respond to the assassination, and it is not clear whether Hezbollah will be able to avoid being part of any retaliation.If Iran orders Hezbollah to respond, the Lebanese organization may try to comply while refraining from escalating the situation into a wider clash.After sustaining some 1,300 casualties and 5,000 wounded from its bloody intervention in neighboring Syria, Hezbollah is licking its wounds and not seeking a confrontation with Israel.That, together with Israel’s alleged air strike in January on a convoy of Hezbollah and Iranian Islamic Revolutionary Guards Corps operatives near Quneitra, significantly decreased the Lebanese Shi’ite organization’s appetite for a clash with Israel.But Iran remains committed to attacking Israel from Syria, and its IRGC operatives helped Kuntar set up an operations room in greater Damascus, from which he coordinated plots against Israel. It is in that operations room where Kuntar was killed, together with his PR man, Farhan Sha’alan.Kuntar’s cross-border terrorism plots against Israel posed the risk of opening a second front against Hezbollah at a time when the organization is keen to deal with its costly intervention in Syria.Last month, while up on Mount Hermon overlooking Syria and the Druse village of Khadr, where Kuntar helped recruit attackers in the past, a senior security source told The Jerusalem Post: “There is someone who gets up every morning and asks, how can I carry out an attack on Israel? Most of the time, they run into great difficulties.”Indeed, Kuntar was one of those people.He had been active in Syria, working at Iran’s behest to establish cells that can plant border bombs, fire rockets or carry out cross-border infiltrations across the Syria-Israel border.Any decision to launch an air strike against Kuntar would be guided by intelligence about his future intentions, not by any desire to take revenge for his past barbaric crimes in 1979, when he and fellow terrorists arrived from Lebanon by sea and murdered a father and his young daughter.Yet Kuntar was only one part of a wider Iranian effort to set up a platform in southern Syria, according to Ely Karmon, senior researcher at the International Institute for Counter-Terrorism in Herzliya.“I think his main goal was to draft Syrian Druse who were close to the fence. He could have also dealt with intelligence activities aimed at infiltrating our side of the Golan. I assume this was also part of his role,” Karmon said.If reports that the air strike brought down a multi-story building are true, Karmon added, “maybe Iranians were also there.”Karmon drew attention to an important aspect of alleged Israeli operations in Syria at a time when Russia is heavily involved in the region.Referring to reports that long-range Israeli missiles were allegedly used in the attack, Karmon said standoff weapons could help Israel strike a target in the heart of Syria without IAF jets entering Syrian airspace, thereby ensuring there would be no confrontation with the Russian air force.“The Russians have the S-400 battery in Syria. I assume it can detect this type of aerial activity. Using long-range missiles could be a sign of hitting the target with extra care, without the need for the planes to approach [Syrian airspace],” he added.Yet, as Karmon indicated, the strike underscores Israel’s commitment to maintain full operational freedom and disrupt imminent threats to its security.