From the defense minister's seat on the fifteenth floor of the Kiriya Military Headquarters in Tel Aviv, Gaza looks different. 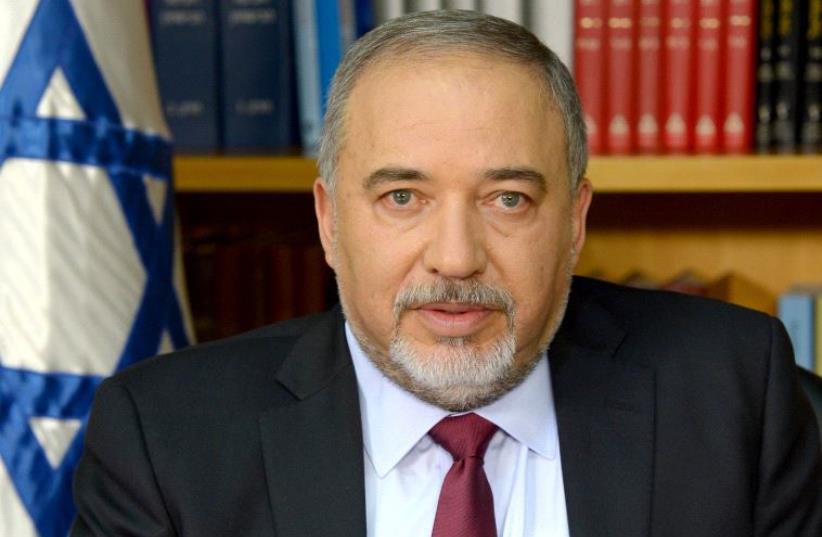 Avigdor Liberman.
(photo credit: GOVERNMENT PRESS OFFICE)
Advertisement
It appears that Defense Minister Avigdor Liberman has completed his orientation at the Defense Ministry. The interview that he gave over the weekend to the newspaper Al-Quds, the most-read daily in the West Bank and east Jerusalem, shows that Liberman understands well the correct equation between Israel and the Palestinians in regard to management and security. He no longer speaks politically, but rather he is speaking in military language.The carrot and stick system was not invented by the current defense minister. It is a system that the IDF has been using with the Palestinians for years and Liberman understands this. He is no longer spouting empty slogans, such as his comments about Hamas leaders being wiped out in 48 hours. To the contrary, all of Liberman's remarks were "seasoned," in his brutal fashion, but in the style of the Military Headquarters.If you would have told Liberman six months ago that he would accept the crazy idea that Palestinians in Gaza should have a sea port and an airport, he would laugh in your face. However, the Liberman of today is not only more moderate, he is smarter. He understands that from his chair on the fifteenth floor of the Kiriya Military Headquarters in Tel Aviv, Gaza looks different. It looks like one big headache, which bad risk management can turn into a migraine that nobody wants to experience.And so it occurred that the man who once vowed to topple Hamas in two days time is allowing 800-1000 trucks a day into Gaza. Liberman learned in six-months time that a rehabilitated Gaza is better for Israel than a Gaza that is arming itself and digging tunnels, and therefore he turned directly to the people. On social media networks the interview spread like wildfire and there were few Palestinians not talking about the Israeli defense minister's comments in the past day. That is exactly what Liberman wanted. To reach every ear of two million Palestinians in the Strip and to all of the two-and-a-half million in the West Bank and east Jerusalem.
Liberman gives interview to Palestinian media
The bottom line is that the defense minister of the right-wing government is calling on Palestinians to choose peace and choose rehabilitation and Israel will give them back oxygen to breathe.I have previously warned of the humanitarian danger in the Gaza Strip, a danger that can topple the Strip in less than a year and become one of the biggest humanitarian crises that the Palestinians have encountered. Israel is the last one who wants this to happen. Such a crisis would be Israel's to handle, and if not, a deep whole would open up in Gaza which would be entered into by terrorist groups as happened in the Syrian Golan Heights.Liberman understands well the human distress in Gaza, and therefore he has put aside his own opinion of Hamas and has called on moderate Palestinians to determine the question of their existence.