Analysis: The gap between the gov't and military on Palestinian issue has never been bigger

Even before the current wave of terrorism began, the military echelon's recommendations to make good will gestures to the Palestinian population in the West Bank fell on deaf ears. 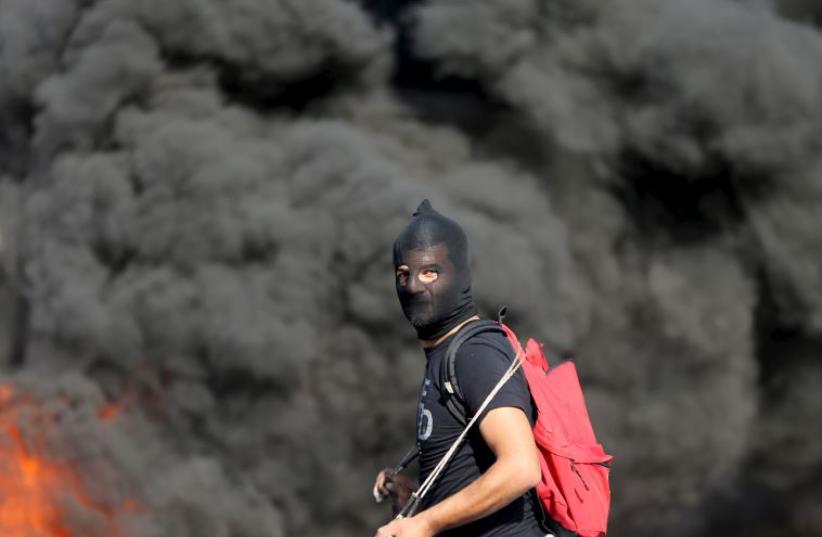 A Palestinian protester takes a position as smoke rises from a fire behind him during clashes with Israeli troops near the Jewish settlement of Beit El
(photo credit: REUTERS)
Advertisement
There has never been a bigger gap between how the political echelon and the military echelon read the current situation between Israel and the Palestinians. And if the gap isn't in how they read the situation, it is in what they believe are the steps to be taken in order to calm the situation on the ground.For months, even before the current wave of terror began, and more than a year after Operation Protective Edge, the military echelon - the Shin Bet (Israel Security Agency) and, mainly, the IDF - have emphasized the connection between diplomatic steps and gestures of good will to the local Palestinian population, and the situation in the West Bank. Senior IDF commanders, including the chief of staff, have spoken of this. The political echelon has heard them - but decided to ignore the advice or reject it.The subject is an especially sensitive one, a minefield into which the IDF does not want to enter. In a democratic nation, the military echelon is subordinate to the political echelon, and it must unequivocally accept its authority. However, the military echelon is also a professional one, which is supposed to advise and make recommendations to the politicians, and the IDF knows that in times of crisis, politicians will dodge blame and saddle the army with responsibility.An IDF source's briefing to reporters on Wednesday only served to strengthen the impression that there is a disconnect between the branches. According to the source, the defense establishment recommended, prior to the beginning of the terror wave which has claimed 23 Israeli victims and some 90 Palestinians, to make goodwill gestures to the Palestinians in the West Bank.These gestures include increasing the supply of weapons and ammunition to Palestinian Authority police and security personnel, supplying armored vehicles, releasing Palestinian prisoners (mainly Fatah members who have already served dozens of years in jail and have previously been recommended for release), and economic concessions like allowing for more construction projects and increasing the number of work permits for Palestinians in Israel. These last gestures are steps that would improve the economy in the West Bank.The political echelon, which is of course not obligated to accept the military echelon's recommendations, chose not to act on the advice. In the meantime, the wave of terror has gained steam, and it is clear today - to the military echelon as well - that it would be difficult for the politicians to act on the recommendations as long as the terror wave continues and quiet is not resumed.Prime Minister Benjamin Netanyahu's government is subject to the whims of the likes of Oren Hazan and Yinon Magal. Its education minister, Bayit Yehudi leader Naftali Bennett, makes statements such as "I shot a bullet between the prime minister's eyes." Such a government would not dare accept even a single recommendation from the military echelon.In a nutshell, this captures Israel's policy toward the Palestinian territories, a policy that is stuck in a trap that is a direct consequence of its worldview. When the situation is calm, there is no effort to ease conditions for the Palestinians. And when there is violence and terror, it is clear to the government that it must not do so because the move would be interpreted as "giving in to terror."According to an army source, the IDF defines the current situation as "a limited uprising." Uprising translated to Arabic is "intifada." Analysts and experts have been warning for months of the potential for an explosion of the situation in the territories which will ultimately lead to a rebellion or uprising. If you will, a third intifada. Now the IDF as well has confirmed that this definition reflects the reality and, according to the army, it is liable to continue for many more months.However, it could get even worse. The senior commander quoted in the reports did not rule out the possibility that if the escalation continues, it could turn into full-scale "anarchy" - a complete loss of control by the Palestinian Authority and its loss of legitimacy in the eyes of the population. From here, there is a short distance to the stage in which we see the ideas of Islamic State gaining support among the Palestinian public.