Analysis: The truth about Hezbollah

Above all there is peace and tranquility at the Lebanese border. For the last 10 years not a single Israeli citizen was scratched and only four Israeli soldiers were killed. 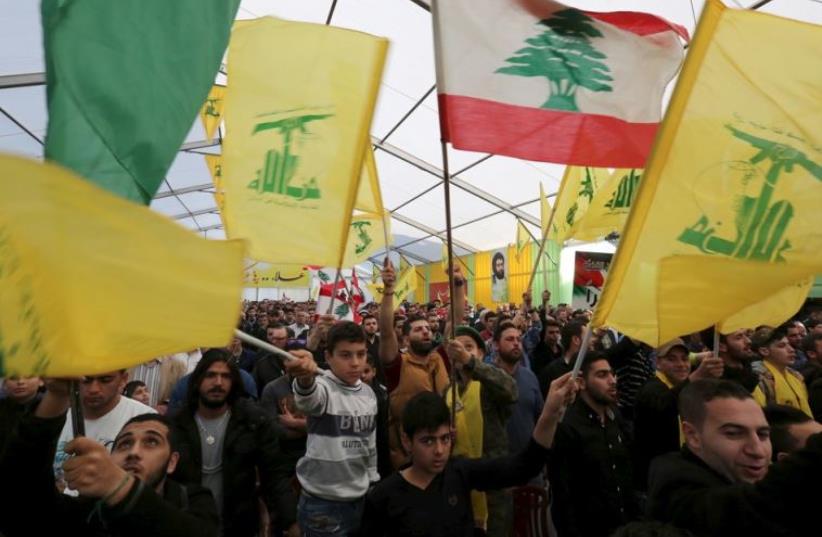 Supporters of Lebanon's Hezbollah leader Hassan Nasrallah wave Hezbollah and Lebanese flags in south Lebanon
(photo credit: REUTERS)
Advertisement
The good news is that the Israeli public is gradually maturing and is less and less holding its breath when Hezbollah’s secretary-general delivers his inflammatory speeches.In the past the Israeli media were preoccupied with Nasrallah’s speaking engagements.Over the weekend, Hezbollah leader Hassan Nasrallah delivered another speech and it got very little attention in Israel.In other words, Hezbollah and Nasrallah are no longer frontpage news. This is also because slowly but surely, Israeli media and the public at large have changed their perception of the Second Lebanese War, the 10th anniversary of which both sides are commemorating.Unlike the first years after the war, when it was promoted by the media as a colossal failure, there is a growing recognition that despite the tactical failures, it brought Israel important strategic achievements.Above all there is peace and tranquility at the Lebanese border. For the last 10 years not a single Israeli citizen was scratched and only four Israeli soldiers were killed.Since that war several top Hezbollah commanders were assassinated, including ”defense minister” Imad Mughniyeh and his successor and brother-in-law Mustafa Badreddine, in operations attributed to the Mossad. This shows how Israeli intelligence managed to deeply penetrated the Lebanese Shi’ite group.Hezbollah is a much weaker organization while Israel is much stronger. This is also due to the bloody civil war in Syria in which at least 1,600 Hezbollah fighters were killed and another 6,000 wounded. Not a small matter for an army – conscripts and reservists combined – of 45,000.On top of all this, Hezbollah has financial problems to the point that it delays payments to its members and the bereaved families and certainly to its suppliers. No wonder that Hezbollah is deterred and all its representatives, Nasrallah included, say that they don’t wish to be dragged into a new round of war with Israel.True, Hezbollah has accumulated more than 100,000 missiles and rockets, at least a thousand of which are longrange and accurate enough to hit almost any strategic and military site in Israel. Hezbollah is also better equipped and trained than it was 10 years ago. It has better intelligence and it has drones.In his speech, Nasrallah once again boasted about the strength of his organization and its determination to go on with its struggle to “resist” Israel.He also bragged that Israel is a weak country torn insideout by its social and economic divisions, kind of a repetition of his address after the 2006 war in which he compared Israel to a spiderweb.He knows better. The Hezbollah leader knows the true power balance between the two sides. In case another war breaks out, the Israeli military machine will crush Hezbollah, kill as many of its troops as possible and destroy its arsenals and bases. Hezbollah is no match for the IDF. The Israeli public knows it and so does Nasrallah.