Analysis: Unprepared but able to improvise

The IDF managed to destroy 31 tunnels – not because they followed a pre-arranged, trained doctrine – but because they improvised. 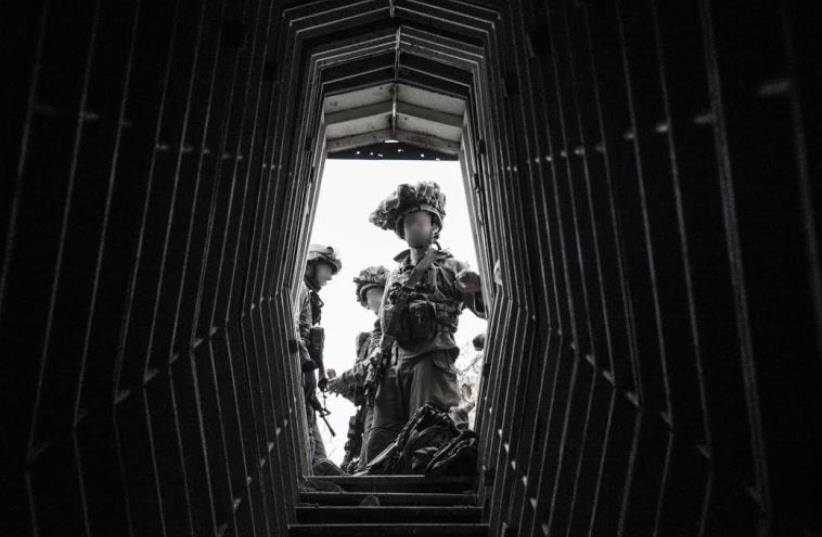 Soldiers from the elite IDF Engineering Corps Yahalom unit train for tunnel warfare
(photo credit: IDF)
Advertisement
The three Bs – Prime Minister Benjamin Netanyahu, Defense Minister Moshe “Bogie” Ya’alon and Chief of Staff Benny Gantz – were the ones at the helm during Operation Protective Edge in the summer of 2014. Netanyahu boasted to journalists in recent months that the trio, the political and military echelon, acted in harmony and fully in concert with each other.But on Tuesday, the military correspondent of Army Radio revealed details of a secret report about the IDF’s lack of preparation for Hamas’s attack tunnels into Israel.That revelation caused a crack in the united front of the three Bs.According to the report, which is more of an internal IDF inquiry, the army was not operationally ready to deal with the tunnel threat.“On the eve of the operation, field commanders were not properly briefed,” the report noted, “and the tunnels were for most of them an enigma.” The report adds, “There was recognition of the threat, but its dimensions were not understood.”The report, prepared by Maj.-Gen. Yossi Bachar, also states that while units such as the Combat Engineers Corps and some special forces were trained and briefed on the tunnels challenge, most of the formations thrown into the battle lacked knowledge how to neutralize them once they were exposed.In short, the IDF managed to destroy 31 tunnels – not because they followed a pre-arranged, trained doctrine – but because they improvised.It must, however, be emphasized that the report doesn’t negate the claim that the military had advance intelligence about most of the tunnels.In other words, the report deals with the tactical operational aspect, and not the intelligence-political- strategic dimension.That aspect will be addressed by the state comptroller, who is due to publish his own detailed report in the future. Based on leaks of the draft report, State Comptroller Joseph Shapira has claimed that Netanyahu and Ya’alon were neither sensitive nor attentive enough to take the threat of attack tunnels seriously.Both men deny the accusation, and both provided the comptroller with data on the many inner cabinet meetings they convened and the specific instructions given to the military to deal with the challenge.In response to the leaked report, army sources said that the Bachar report is an old, internal inquiry, which shows how seriously the tunnels problem is dealt with by the army.The report well serves current Chief of Staff Lt.-Gen. Gadi Eisenkot; under his leadership the army is giving special intelligence, technological and operational attention to the tunnels.The leak also serves Netanyahu and Ya’alon well, who can argue that they are not the ones to be blamed. The question is whether Gantz – known for his easygoing and soft-spoken behavior – will be ready to quietly absorb the accusation.