Analysis: Why a Netanyahu-Trump photo-op at the Western Wall matters

Trump’s trip comes as the issue of Israeli sovereignty over Jerusalem in general and the Old City specifically has been hotly contested by the international community. 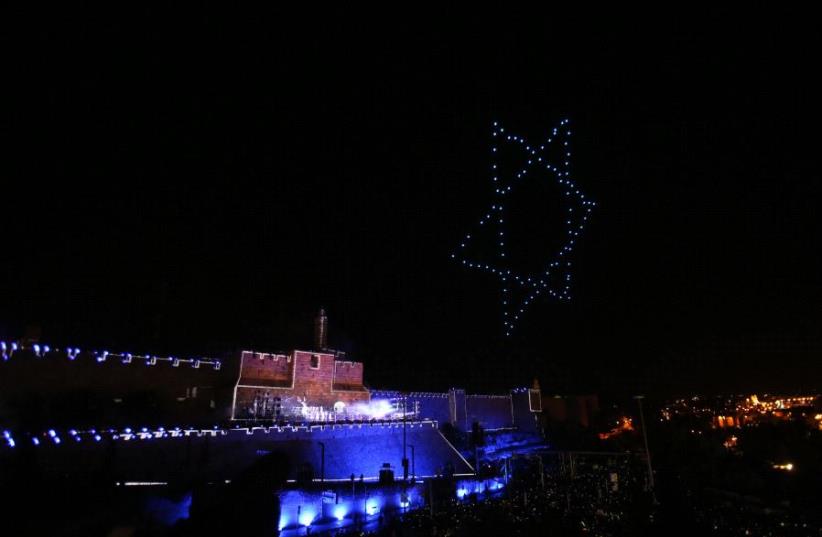 Fireworks over Jerusalem's Old City May 21, 2017
(photo credit: MARC ISRAEL SELLEM/THE JERUSALEM POST)
Advertisement
For Israel, a photograph of Prime Minister Benjamin Netanyahu at the Western Wall with President Donald Trump could be worth more than a thousand words.One can almost see Netanyahu playing the professorial role he so loves, explaining to Trump about King Herod and the ancient site that bears testimony to the steadfast Jewish roots to the Land of Israel and its holy city of Jerusalem.It would also be one more Netanyahu mark on Israeli history: he would be the prime minister that accompanied the first sitting US president when he visited the Western Wall.But this is about more than a glorified selfie or a vanity play.Trump’s trip comes as the issue of Israeli sovereignty over Jerusalem in general and the Old City specifically has been hotly contested by the international community, which prefers to settle the city’s status within the context of a final-status solution with the Palestinians.The United States government is divided on the issue with congressional legislation, passed in 1995, mandating that the US Embassy be relocated to Jerusalem.A 1980 UN Security Council resolution called on nations to remove their respective embassies from Jerusalem to protest Israel’s annexation of areas of the city over the pre- 1967 lines. The State Department and the White House have held by this view, with US presidents waiving execution of the legislation twice a year. The next deadline for such a waiver is June 1.Earlier this month UNESCO’s Executive Board passed a resolution disavowing Israeli sovereignty in Jerusalem.In December, the Security Council, in Resolution 2334, affirmed the illegality of Israeli sovereignty in east Jerusalem, including the Old City and the Western Wall.The double votes underscore the tenuous nature of Israel’s hold on its capital city, precisely as Israel readies to celebrate 50 years of the city’s reunification in the Six Day War.An announcement by Trump during his visit that he planned to make good on his preelection promise to relocate the embassy, would have been a statement of legitimacy by the US in support of Jerusalem as Israel’s capital.Since US officials have explained that this will not happen, the visual images of Trump with Netanyahu at the Western Wall could have subtly indicated that the White House considered the site part of Israel.Such a diplomatic nod by Israel’s strongest ally would help bolster Israel’s claim to Jerusalem on the international stage.It’s presumed Trump wouldn’t even take this small step because he wants to avoid angering the Palestinians or the larger Arab world on the subject of Jerusalem, precisely at the moment he is pushing for a peace deal to resolve the Israeli-Palestinian conflict.Trump, therefore, is likely to stand alone, with Western Wall and Holy Site's Rabbi Shmuel Rabinowitz as Israel’s sole representative.Such a solitary visit waters down the issue to a much more ambiguous statement.It’s like a coin, Trump can turn from side to side, depending on the diplomatic message that suits him.To the Israelis, Trump can say, he supports Israeli and Jewish history in Jerusalem, after all he visited the Western Wall.To the Arab world and to the Palestinians, he can say, he did it alone, without any official governmental representation as a sign that east Jerusalem, could be part of their future state in any final-status agreement.