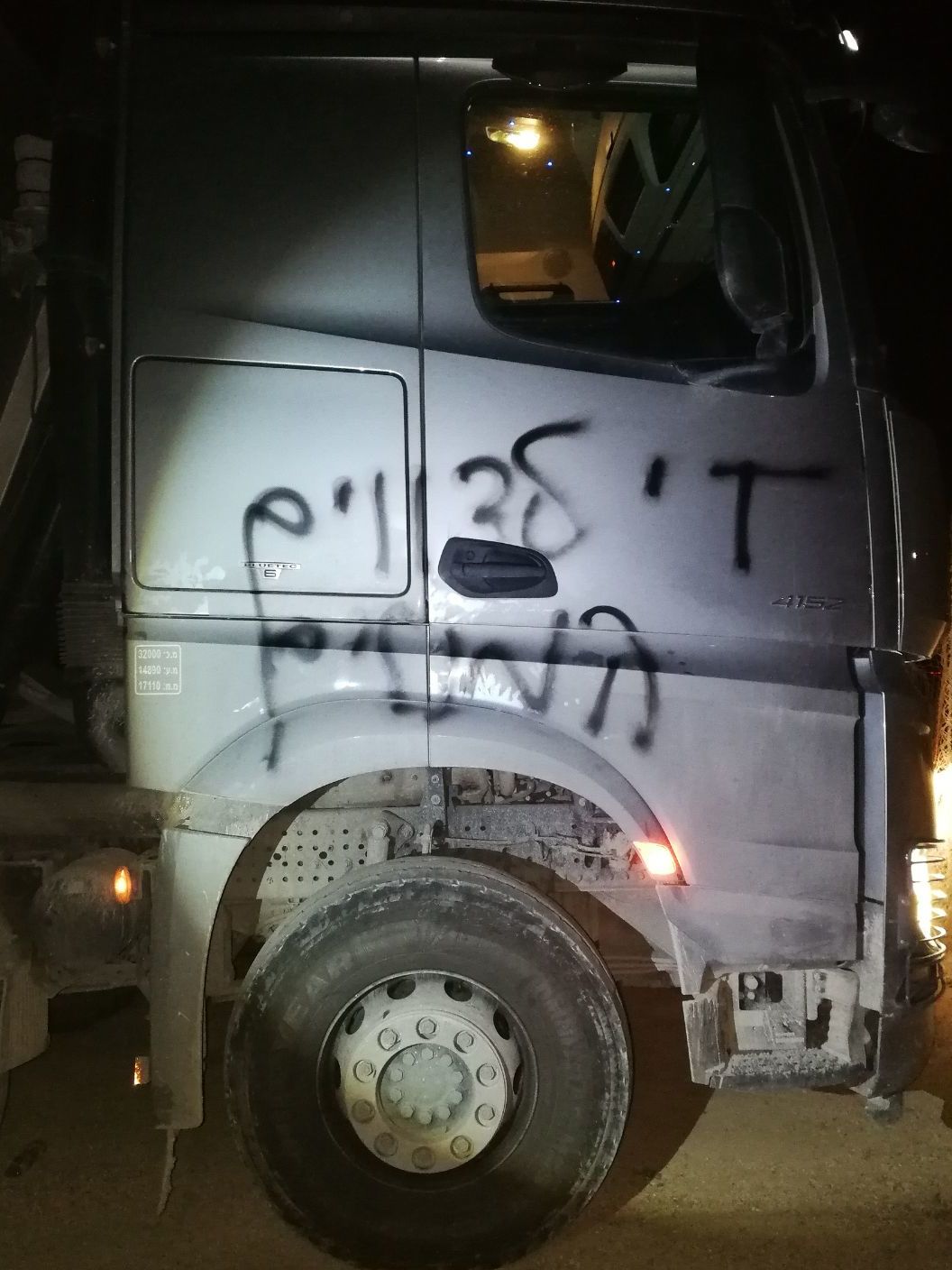 "Price tag" graffiti in Jerusalem" (Police Spokesperson's Unit)The Israel Police said that a forensics team arrived at the scene and an investigation was launched into the incident.This is the second instance of "price tag" vandalism in three weeks, following a March 19th incident in Jerusalem.