Suspect is resident of southern town of Rahat, bombs were found in an Israeli licensed car as he drove towards Kfar Saba. 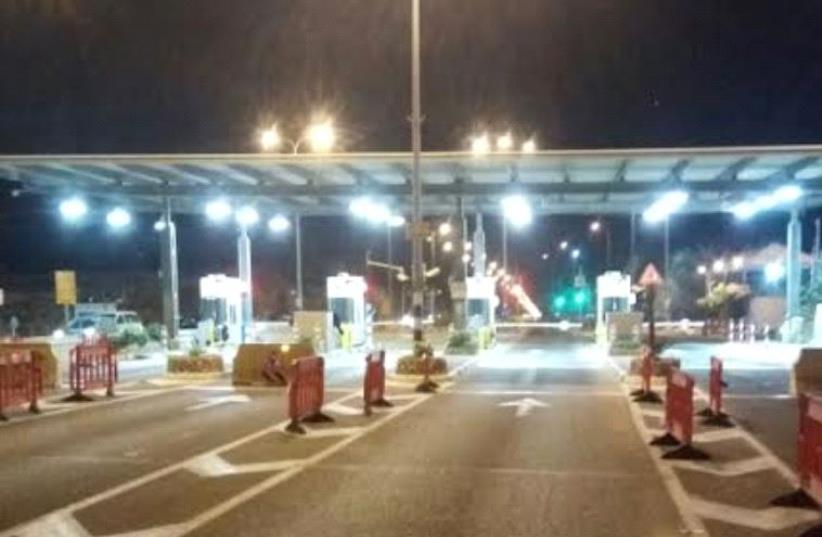 Checkpoint on Route 5, where the pipe bombs were discovered.
(photo credit: DEFENSE MINISTRY)
Advertisement
Guards belonging to the Ministry of Defense Crossings Authority have thwarted a potential terror attack, after they uncovered improvised pipe bombs in the car of an Israeli-Arab man on Sunday night.
While initially the guards thought the man was in possession of four bombs, police sappers later found an additional two in the vehicle.
The unnamed man, a resident of the southern town of Rahat, has been taken for questioning by security forces. He was stopped and searched at a checkpoint in the West Bank while driving a car with Israeli license plates. It has not been confirmed whether the suspect is the owner of the car.
The checkpoint is located on Route 5, in the Shomron region of the West Bank. Had he been allowed to continue, the man's journey would have taken him towards the town of Kfar Saba in central Israel. It is not known whether he was on the way to carry out an attack that evening.
Route 5 has been re-opened to traffic in both directions.
Advertisement
Subscribe for our daily newsletter