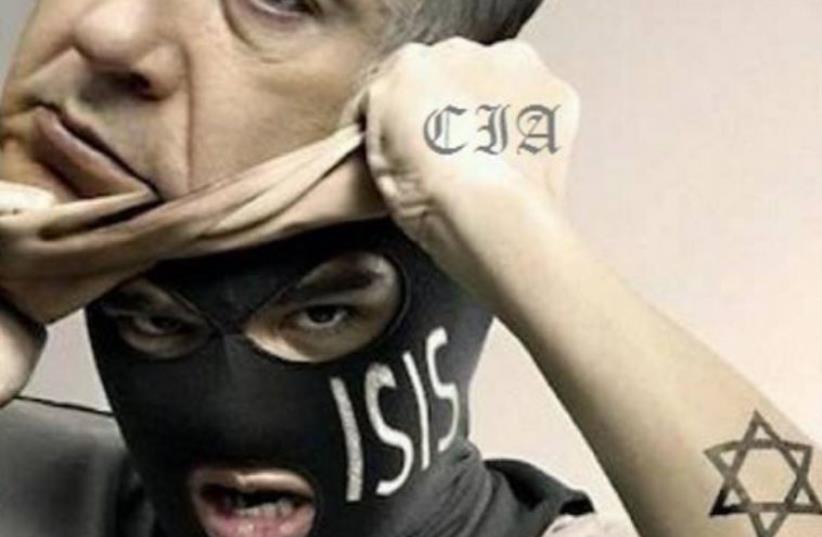 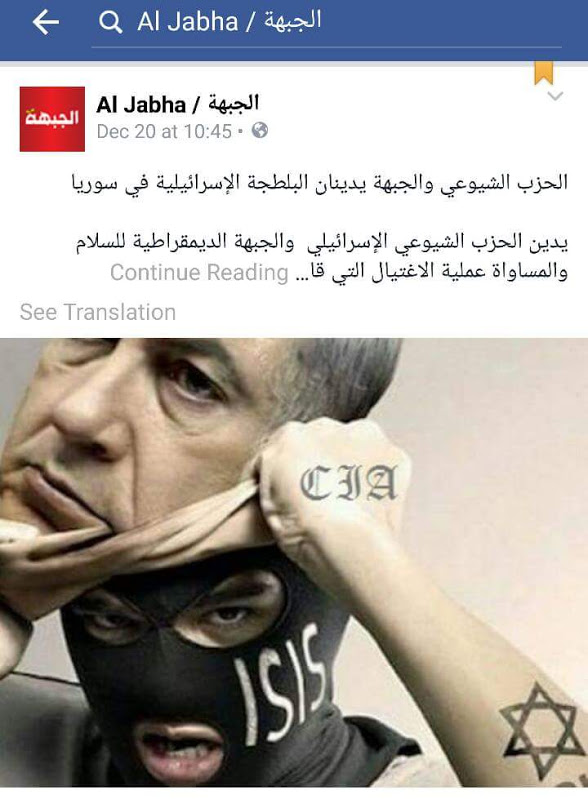 The party accuses Israel of cooperating with the US, Turkey, Saudi Arabia and Qatar in supporting “the forces of terrorism in Syria.”Hadash head Ayman Odeh is the leader of the mostly Arab Joint List.Responding to the post, Zionist Union head Herzog wrote on Facebook, “It looks like there are those for whom Samir Kuntar was not a despicable murderer and his death is a ‘disgusting Israeli crime.’” Herzog commented that the post included a “rude, inciting and violent graphic.”He called on Odeh to delete the post immediately. “This is unlike you, this is dangerous collaboration with extreme craziness,” Herzog commented.“As a public leader that strives for peace and quotes the writings of Martin Luther King, you must be the one who stands against the inciters from within your own house and to clarify forcefully: You have crossed the line.”Kuntar was “a murderer and a despicable terrorist who continued to preach the murder of Israelis and refused to regret the cruel killing of the children of the Haran family and their father,” continued Herzog.“After being released from prison, Kuntar did not stop planning and carrying out murders of innocent Israelis and being part of the dark forces supporting the bloodthirsty [Bashar] Assad regime,” he said. “A regime that slaughtered hundreds of thousands of innocent Syrian civilians. If someone in Hadash thinks differently, they are bitterly mistaken.”In response, Hadash released a statement accusing Herzog of being “spineless” for failing to warn Netanyahu against bombing Syria.“We have been against and will continue to be against harm to civilians wherever they may be,” the statement said.This is not the first time Hadash has accused Israel of supporting Islamic State or other opposition groups. In June 2014, party spokesman Raja Zaatry said Israel is in “a true blood covenant” with ISIS. While Israeli Arabs are split between support for Assad’s regime and the opposition, the communist Hadash party supports Assad and claims Israel backs the rebels.“Cooperation between Israel and the Nusra Front is indicative of the partnership between them and American imperialism in their plan to break up Syria and divide the Syrian people,” Zaatry said.