In an interview with the London-based Arabic-daily a-Sharq al-Awsat on Monday, Arabi cast doubt on Netanyahu's willingness implement the two-state solution and "end occupation." 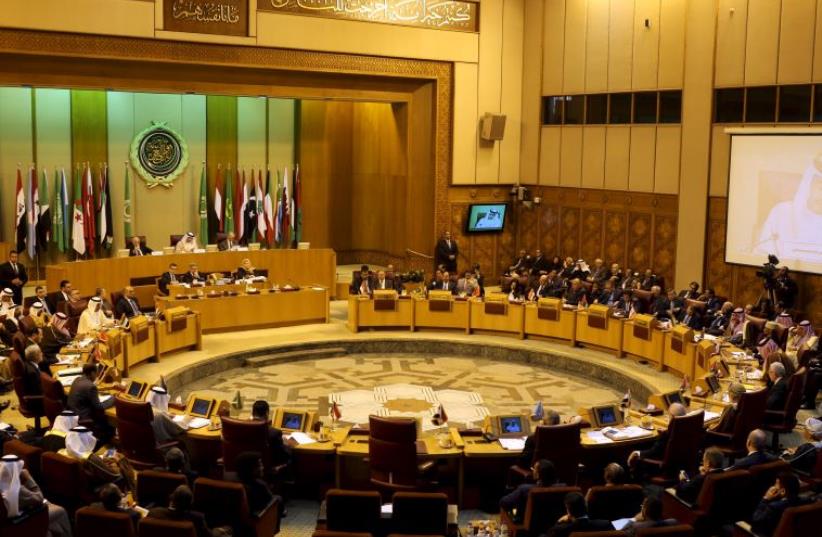 Arab League Secretary-General Nabil al-Arabi has slammed Prime Minister Benjamin Netanyahu's recent calls to introduce changes into the 2002 Arab Peace Initiative in order to reinvigorate the Israel-Palestinian peace process.In an interview with the London-based Arabic-daily a-Sharq al-Awsat on Monday, Arabi cast doubt on Netanyahu's willingness implement the two-state solution and "end occupation."When asked about a French-led Middle East peace summit that took place in Paris on Friday, Arabi defined the initiative as "helpful," saying it had refocused world attention to the "unpopular" Israeli-Palestinian conflict.However, Arabi stressed that a summit aimed at generating actions on the ground was more dire than additional discussions that fail to yield results."We do not need another Madrid conference or a something similar to the Iran nuclear talks in Vienna. We need a productive conference, like the one that took place in Geneva in 1974," Arabi said in reference to the diplomatic efforts that preceded military disengagement deals between Israel and Egypt and later Israel and Syria."The Paris summit did not generate a mechanism to solve the conflict nor did it issue time limits for any Israeli-Palestinian peace talks," Arabi added.Arabi appeared hopeful when asked about France's pledge to organize another summit would materialize by the end of the year.  "During the talks, we were promised that teams will be set up soon to discuss the different dimensions of the conflict," he said. "In addition, former French ambassador, Pierre Vimont, who is charged with the issue, will arrive in our region in the upcoming weeks and we have agreed to meet in Cairo."Speaking about Netanyahu's efforts to promote a revised Arab Peace Initiative, the Arab League chief staunchly rejected the prospect of any revisions. "Israel is pushing some European states and the American administration to utterly transform the Arab Peace Initiative," he noted. "The essence of this initiative is that Israel will take measures to end the occupation, and in exchange, Arabs will take measures to normalize their relations with Israel. Not the contrary. It is not Arabs who should take measures first so that Israel will later consider what measures it will take in exchange," Arabi stated.Asked why he thinks Netanyahu is now willing to accept the initiative after disregarding it for years, Arabi claimed that it was related to Israel's desire to make financial gains by entering Gulf Arab markets. "Israel wants to put its hands on the natural resources in the Gulf and it believes that by using the Arab Peace Initiative as it understands it, it will be able to do so," he charged.

"Israel knows that it will have a foothold in the Gulf only if it takes measures to solve the Palestinian issue," Arabi said, adding that "We will not accept any changes or trade in the Arab Peace Initiative, which is the only linchpin on which we can normalize our relations with Israel."In addition, the Egyptian chief diplomat also dismissed Netanyahu's talk of a regional Egyptian-led peace initiative that will replace the French one."Rumors about Egyptian initiatives relate to a recent speech by President Abdel Fatah al-Sisi, in which he talked for the first time about the urgent need to resolve the conflict, and announced Egypt's willingness to play a role in the process," he said.Arabi lashed out at Foreign Ministry Director-General Dore Gold's statement, saying his remarks that Israel prefers an Egyptian initiative is an attempt to evade the French initiative. "I know Gold personally from the time he served as Israel's ambassador to the UN. Nothing good can come out of him; he is one of the most extreme people I know," he stated.