The reports came after a week full of alleged air strikes. 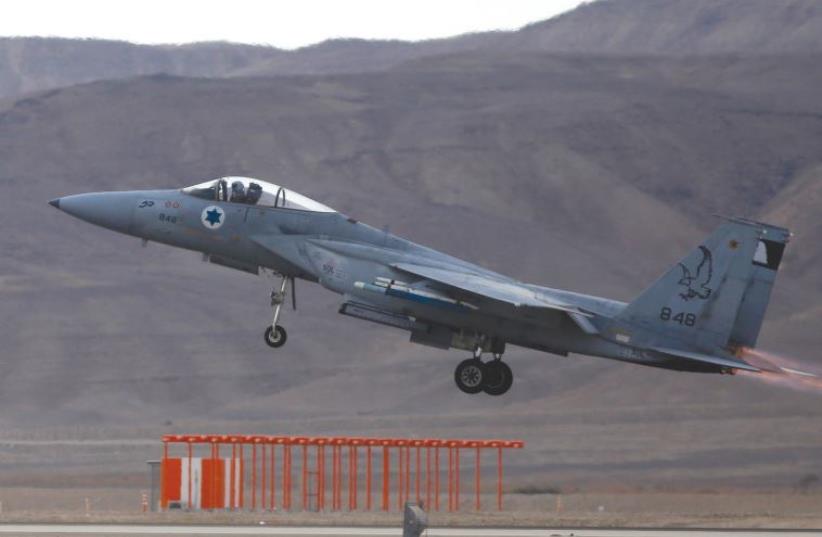 AN IAF F-15 takes off from the Uvda Air Force Base in southern Israel.
(photo credit: REUTERS)
Advertisement
Arabs across social media reported that the IDF had attacked an army base of Syrian President Bashar Assad overnight Saturday. The reports have yet to be confirmed, however, Sky News reported blasts and helicopters over the Golan.The reports came after a week full of alleged air strikes.An Israeli strike on Thursday hit an arms supply hub operated by the Lebanese Hezbollah group near Damascus airport where regular supplies of weapons from Tehran are sent by commercial and military cargo planes, a regional intelligence source said.
Social media video of explosions near Syria"s Damascus airport, April 27, 2017 (REUTERS)
Earlier in the week Al Jazeera reported that the IDF struck a base belonging to a pro-Syrian militia near Quneitra.