"Time will tell whether this is a tactical change or a new approach." 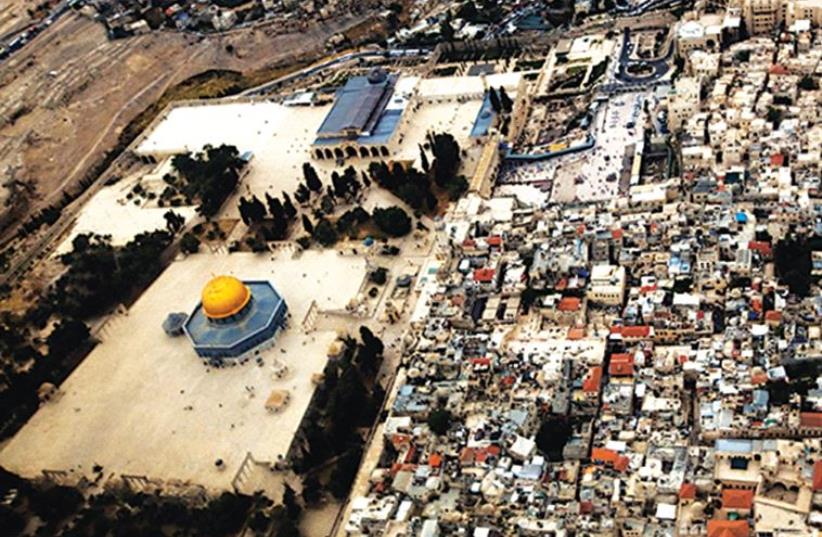 AN AERIAL view of the Old City of Jerusalem.
(photo credit: REUTERS)
Advertisement
The Arab states are expected to withdraw their biannual resolution asking UNESCO ’s executive board to disavow Israeli sovereignty over Jerusalem, according to Israel’s ambassador to that organization, Carmel Shama Hacohen.The 58-member board had been expected to vote on two resolutions condemning Israeli actions in Jerusalem, the West Bank, the Gaza Strip and the Golan Heights on Friday, but according to Shama Hacohen it is likely that the board will agree to delay the issue for six months.“Time will tell whether this is a tactical change or a new approach. If it is, it is significant progress toward wiping the table clean from the incitement and politicization against us in the organization,” Shama Hacohen said, adding: “It could be a significant step toward the elimination of these proposals altogether.”There is no reason why the organization should consider such resolutions, he said.The United Nations Educational, Scientific and Cultural Organization has approved such resolutions for many years. The issue became highly publicized in 2016 when the board approved a text that ignored Jewish ties to its holiest sites, the Temple Mount and the adjoining Western Wall Plaza, referring to them instead as al-Haram al-Sharif and the Buraq Plaza.
UNESCO declares the Cave of the Patriarchs as Palestinian, angering Israel (Reuters)
This year, the Arab states toned down the text, with the resolution they submitted to May’s executive board meeting disavowing Israeli sovereignty in Jerusalem but using more generic language to talk about the holy sites.Israel had geared up for a stiff battle against a similar type text, but with less than a week to go, it appears that for the first time in many years, the executive board may choose not to condemn Israel at all.Shama Hacohen said, however, that he was hesitant to declare victory at this stage and, therefore, plans to write two speeches – one if the resolutions pass and one if they are delayed.“I won’t believe it [the delay] has happened until I hear the gavel descend and the chairman’s announcement,” he said.