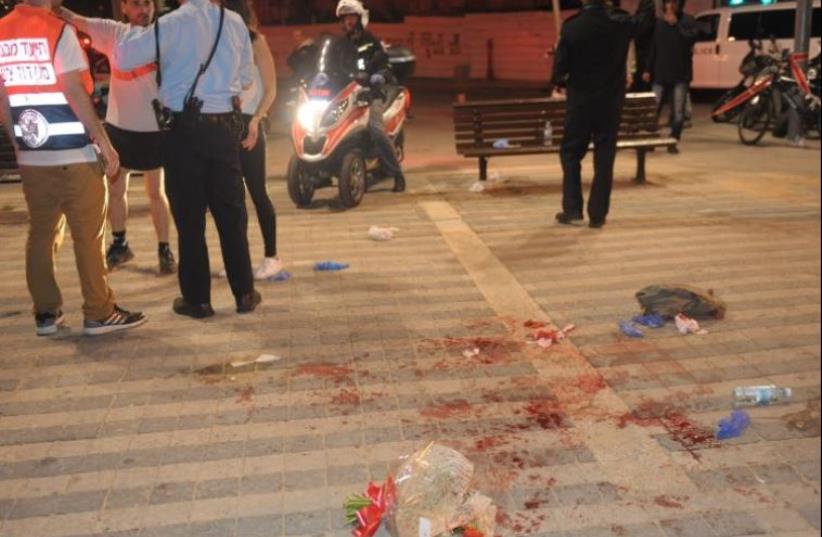 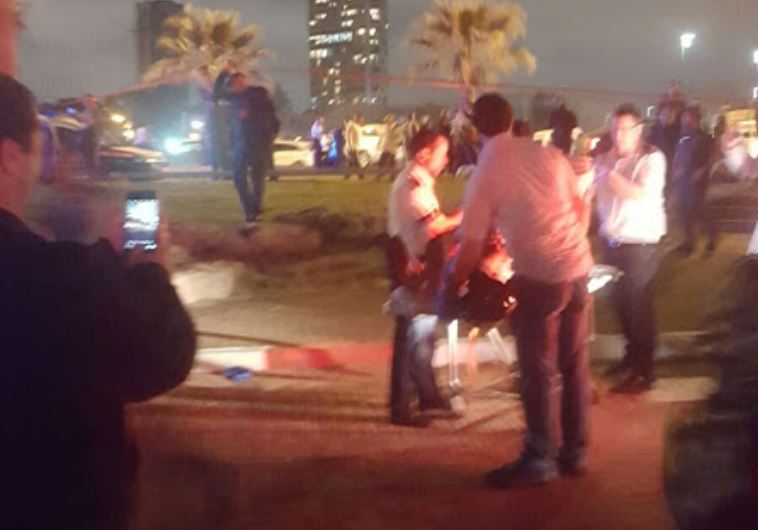 (Scene of Jaffa stabbing. Credit: Hadashot Tzavam)Police have ruled out the possibility that the attack was carried out by more than one individual, after carrying out searches in the area. According to Palestinian reports, the attacker was identified as a 22-year-old from the Palestinian village of Kalandiya in the West Bank.According to Magen David Adom, among the wounded, four were in serious condition, another four were in moderate condition and two others suffered light wounds. According to Channel 2, one of the victims in serious condition was a pregnant woman. Another victim suffering serious wounds was a Russian tourist. The incident occurred around the time that US Vice President Joe Biden arrived to the Peres Center for Peace, no more than a mile from the scene of the attack.A source from Biden's team said the US vice president's delegation was aware of the incident and had not altered its schedule. The source said that vice president met with former Israeli President Shimon Peres as planned, adding that Biden was in a secure location and therefore did not need to change course. 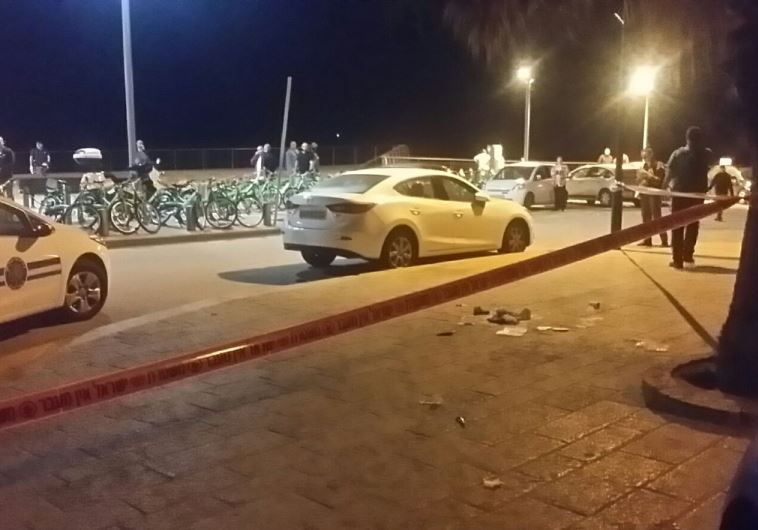 (Scene of Jaffa stabbing. Credit: United Hatzalah)Later Tuesday evening, Hamas welcomed the string of terror attacks against Israelis that occurred within hours of each other in Jaffa, Petah Tikva and Jerusalem. The Palestinian terror group said the attacks proved that the current wave of Palestinian violence has not desisted and that attempts to thwart it have not succeeded. Hours earlier, three Israelis were wounded in two separate terror attacks that occurred within minutes of each other in Jerusalem and the Tel Aviv suburb of Petah Tikva. In the attack in Jerusalem, two Israeli police officers were wounded by an Arab gunman targeting the security forces outside the Damascus Gate of the Old City. MDA paramedics said that both of the victims were seriously wounded in the attack. The two wounded officers were evacuated for hospitalization. Police spokesman Mickey Rosenfeld said that the suspect fired at police officers, wounding one. Officers gave chase after the suspect, who fired at them again, wounding another officer. Police then shot and killed the suspect.A Karl Gustav rifle was confiscated at the scene.(Scene of stabbing attack in Petah Tikva. Credit: Alon Hachman)Shortly beforehand, one Israeli was moderately wounded in a suspected terror stabbing in Petah Tikva.The assailant was also stabbed during the incident, after the haredi victim removed the knife from his neck and stabbed the assailant. The attacker was reported to have died. Magen David Adom paramedics provided initial treatment to the victim, a man thought to be around 35-years-old at the scene, before transferring him to Rabin Medical Center-Beilinson Campus.Dana Somberg and Yasser Okbi/Maariv HaShavua contributed to this report