Security forces shoot and subdue one attacker; the second fled the scene but was eventually apprehended. 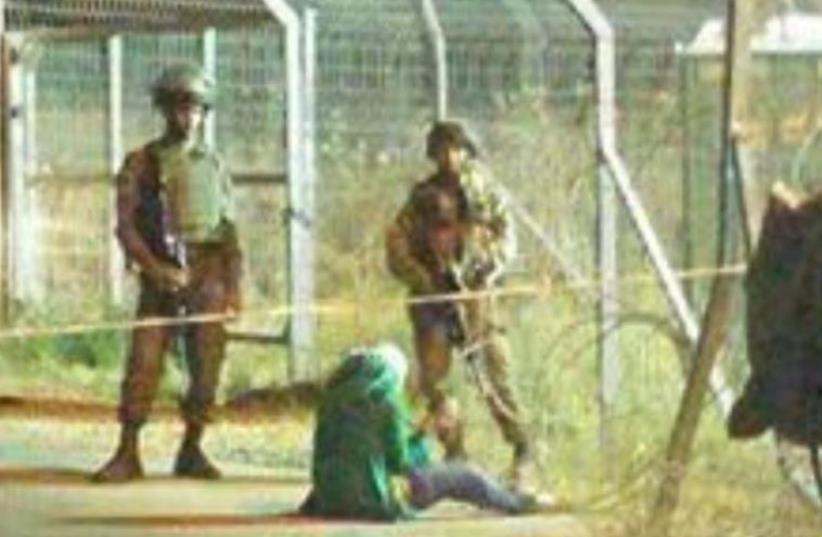 Scene of attempted stabbing attack at a West Bank checkpoint, April 28, 2016
(photo credit: PALESTINIAN MEDIA)
Advertisement
Two 14-year-old Palestinian girls attempted to stab an IDF soldier stationed at a military checkpoint near the Palestinian village of Beit Ur al-Tahta in the West Bank on Thursday night, the military reported. The assailants did not succeed in stabbing any soldiers in the attempted attack. Security forces shot and subdued one of the attackers. She was wounded in moderate-to-serious condition, according to initial reports.The second assistant fled the scene but was later apprehended without being fired upon. The wounded attacker was evacuated to Israel's Shaare Zedek Medical Center in Jerusalem while the other was transferred to the Shin Bet (Israel Security Agency) for questioning.There were no injuries on the Israeli side.