Canada to send 'tough message' on violence to ally Israel 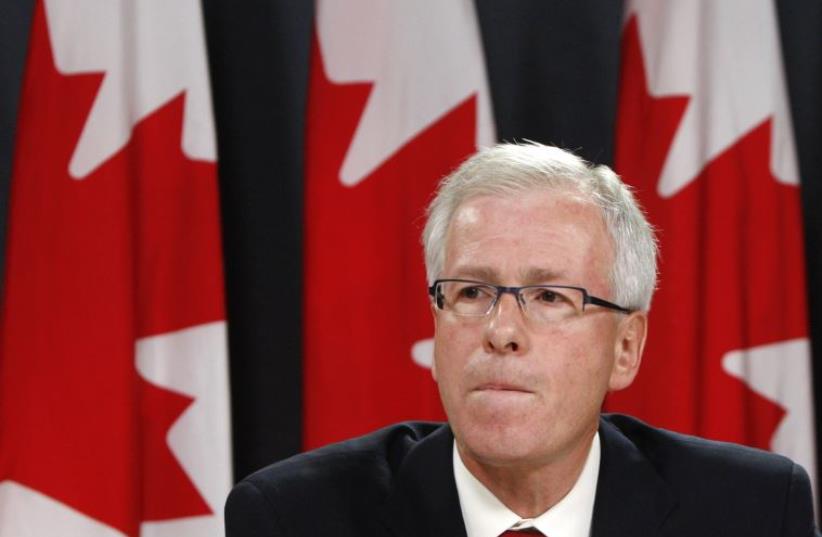 Canada's Foreign Minister Stephane Dion [File]
(photo credit: REUTERS)
Advertisement
OTTAWA - Canada's new Liberal government said on Monday it was delivering a "tough message" to Israel as a good friend after expressing concern about Israeli-Palestinian violence, Israeli settlements and unilateral Palestinian moves.The statement came a day after Foreign Minister Stephane Dion was criticized for saying Palestinian initiatives toward statehood in international forums and continued Israeli settlements were unhelpful."We're steadfast allies and good friends, and good friends can occasionally deliver tough messages, but it's by no means to suggest that we're somehow retreating from any kind of support of Israel," said Joe Pickerill, Dion's spokesman.Dion on Sunday had issued a statement expressing concern about the  conflict, sparking charges by the Conservative opposition that the Liberal government was being unfairly critical of Israel."As a steadfast ally and friend to Israel, Canada calls for all efforts to be made to reduce violence and incitement and to help build the conditions for a return to the negotiating table," Dion said in the statement on Sunday.His spokesman, Joe Pickerill, elaborated on Monday by saying that Canada was not trying to create a "faux balance" by equating violence by either side, but felt the need to speak out."We're not necessarily equating the violence by any means on both sides, but there have been issues, and we need to be in a position to point that out," Pickerill said after more than 100 days of violence between the two sides.Dion's statement drew a swift attack from the Conservative Party, which had adopted a resolutely pro-Israel policy while in power, for not laying blame "for recent terrorist rocket and knife attacks with Hamas, a listed terrorist organization in Canada."The Conservatives, who lost the October election to the Liberals, said that by omission, the statement "equates such terrorist attacks with Israeli settlement construction. This is unacceptable."