One IDF soldier was lightly wounded in the attack near Nablus. 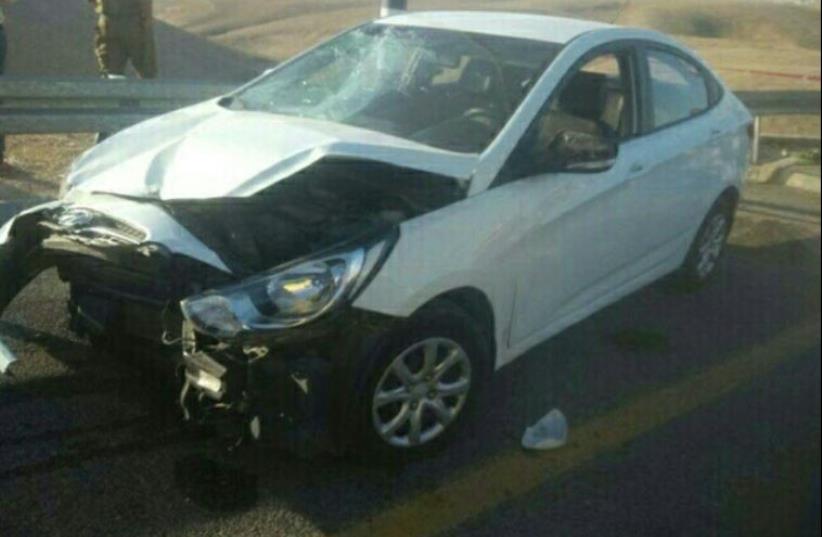 Car from vehicular ramming attack in West Bank, December 26, 2015
(photo credit: PALESTINIAN SOCIAL MEDIA)
Advertisement
There was a suspected car ramming terror attack at a checkpoint near the Palestinian West Bank village of Hawara on Saturday afternoon.  The suspect, who hit an IDF soldier in his twenties with his vehicle, was shot and and was being treated at the scene. Palestinian media reported that the suspect, Maher al-Gabi, 56, later died in hospital. Magen David Adom evacuated the soldier to hospital and said he may have sustained a broken leg in the incident. Earlier in the day, a Palestinian would-be assailant was shot and killed in Jerusalem after attempting to stab a police officer, Israeli authorities said.No Israelis were hurt in the attempted attack in Jerusalem.   On Friday, a Palestinian woman motorist whom authorities say sought to run over a group of Border Police officers near the West Bank village of Silwad was shot and killed. No Israelis were injured in the incident.