Suspect tells Shin Bet that assault in May at the Damascus Gate was conducted to "take revenge on Jews." 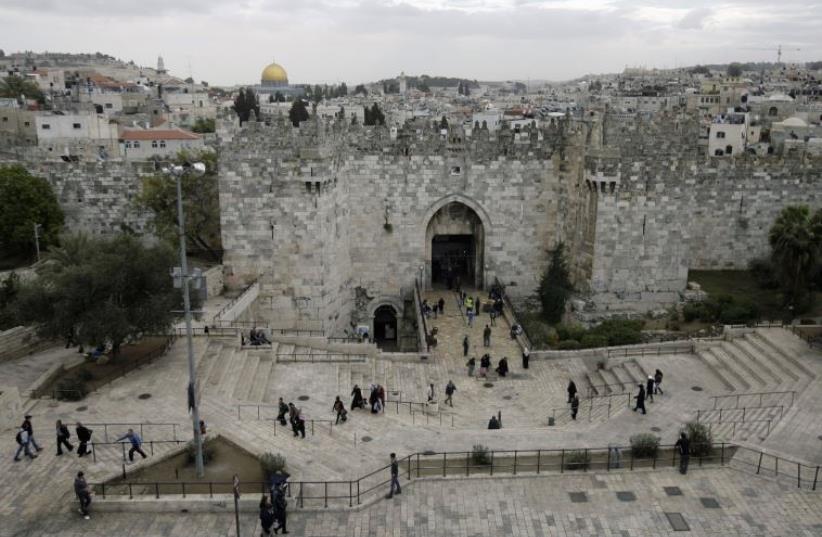 Passers-by walk near the Damascus Gate in Jerusalem's Old City [File[
(photo credit: REUTERS/AMMAR AWAD)
Advertisement
The Shin Bet (Israel Security Agency) released previously sealed details on Thursday about the May 24 stabbing of two Jewish teens near the Damascus Gate of Jerusalem’s Old City while they were en route to the Western Wall on Shavuot.According to the Shin Bet, the suspect, John Kakish, a 19-year-old Christian Arab living in the Old City, confessed to carrying out the 2:30 a.m. attack to “take revenge on Jews.”In a statement, the security agency said that during questioning Kakish admitted the attack was retaliation for purported violence and racism carried out in the Old City by Jews against him.Kakish had previously been arrested for assaulting Jews, the Shin Bet said.Following the attack, the two 17-yearold victims were treated at the scene by Magen David Adom paramedics for stab wounds to their upper backs and transferred to Hadassah University Medical Center in Ein Kerem in satisfactory condition.At the time, the teenagers were among thousands of Jews from across the country going to the Western Wall for an all-night Torah study session, as is customary during the Shavuot holiday.Police spokesman Micky Rosenfeld said Kakish was apprehended in his home after police reviewed closed-circuit security footage taken at the scene shortly after the attack.The knife used in the assault was found nearby, he said.