Maj.-Gen. Yoav (Poli) Mordechai issues a stern warning against Hamas, who he claims have been taunting IDF soldiers and trying to blind them by using laser beams. 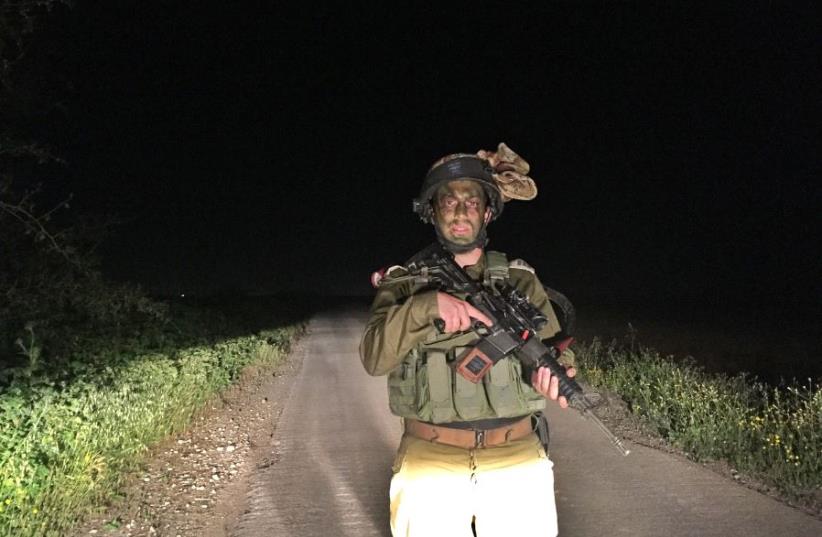 Company Commander Gilad Benafshi on the border with the Gaza Strip
(photo credit: ANNA AHRONHEIM)
Advertisement
Maj.-Gen. Yoav (Poli) Moredchai, Coordinator of Government Activities in the Territories, took to Facebook on Wednesday evening to warn Hamas to stop trying to taunt Israeli military forces safeguarding Israel's border with Gaza. In a post he penned that was published on COGAT's official Arab-language Facebook page, the COGAT head turned directly to Hamas, the terror group ruling in the Gaza Strip, and warned it to rein in its operatives' actions lest Israel should be forced to respond forcefully. "The leadership of Hamas isn't succeeding in controlling its operatives, and thus will lead to an Israeli reaction against Hamas operatives," Mordechai wrote. Mordechai was referring in particular to a recurring incident experienced by IDF soldiers who guard the border between Israel and the Strip. According to Mordechai, Hamas operatives have repeatedly tried to use laser beams to dazzle and potentially temporarily blind the soldiers. "The leadership of the terror organization Hamas can't control its operatives who continue in their taunting, consistent actions, which are expressed [in an attempt] to blind IDF soldiers guarding the border via laser beams," Mordechai reiterated. Mordechai then directed an accusatory finger at a senior Hamas member. "To be more specific," he continued, "commander of the area of the northern Gaza Strip, Mahmad Ouda, who is known as the protégé of Mohammed Deif [commander of Hamas' armed wing, the Izzadin Kassam Brigades], isn't perceived as a man of authority amongst his operatives and they are the ones that tease IDF soldiers.""This situation is dangerous, seeing as the continuation of these taunting actions carried out by the terror operatives, even if not under the instruction of their commanders, could lead to an escalation especially in this sensitive period of development in the Palestinian arena," Mordechai warned, referring to the ongoing attempts to reconcile between the different Palestinian factions who are currently trying to bring an end to a decade-long rift. "Therefore," Mordechai added to conclude his post, "consider yourselves warned. The continuation of this phenomenon will lead to a reaction by the IDF."