Abu Khdeir was abducted, burned and brutally murdered on July 2, 2014 after being kidnapped by Yosef Ben David and two minors.

By YONAH JEREMY BOB
FEBRUARY 8, 2018 09:44
Yosef Ben David, currently serving a life sentence, was the ringleader of the group which killed Palestinian teen Mohammed Abu Khdeir
(photo credit: REUTERS)
Advertisement
The Supreme Court has upheld the convictions and sentences of the three murderers of Muhammad Abu Khdeir.Justice Isaac Amit wrote in the decision on Thursday: “This can be described as a ‘terrorist attack of strategic proportions’ that lit a fire in the territories and in east Jerusalem...The murder requires Israeli society to engage in introspection regarding its struggle with the phenomenon and cancer of racism, and a house cleaning from the [country’s] foundations up to its ceiling.”In May 2016, the Jerusalem District Court sentenced Yosef Haim Ben David to life in prison plus 20 years for being the ringleader in the murder of the 16-year-old Arab from Shuafat in east Jerusalem on July 2, 2014. 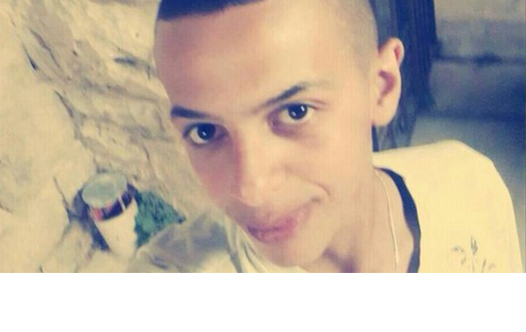 Muhammad Abu Khdeir (credit: Reuters)
In February 2016, the same court sentenced two minors who had already been convicted of assisting Ben-David with the murder – one to life in prison and the other to 21 years.Abu Khdeir was abducted, burned and brutally murdered on July 2, 2014, after being kidnapped by Ben-David and the two minors.News coverage of the slaying led to Arab riots throughout eastern Jerusalem and the rest of the country. 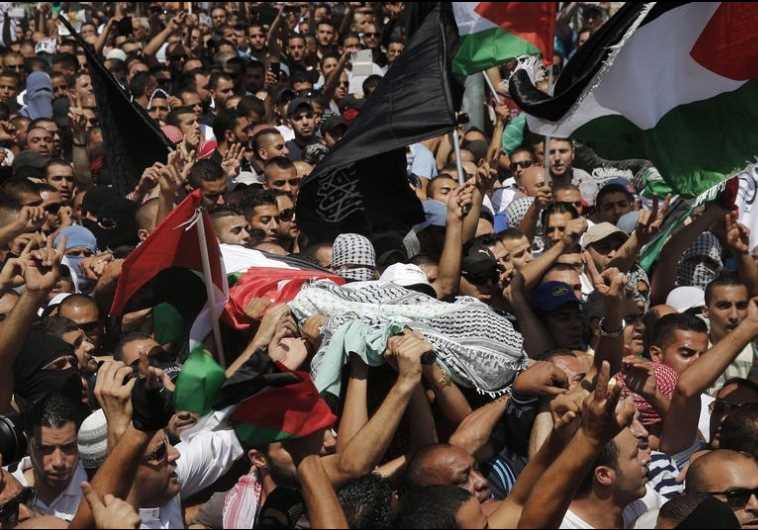 Palestinians carry the body of 16-year-old Muhammad Abu Khdeir during his funeral in Shuafat (credit: Reuters)
The Defense Ministry recognized Abu Khdeir as a victim of hostile action and granted his family identical compensation rights as victims of Arab terrorism such as suicide bombings.Ben-David’s appeal had focused on trying to get the Supreme Court to accept an insanity plea, which the lower court had rejected.On appeal, his lawyer had argued that the lower court had confused Ben-David’s ability to factually size up his environment with disproving his insanity plea, when they had brought a psychological expert who said Ben-David was going through a psychotic episode both during the murder and when he retold the murder story to investigators.
Abu Khdeir murder ringleader convicted; Insanity plea rejected
The justices at the appeal hearing did not attempt to filter their skepticism.Justice Uri Shoham asked, “Doesn’t this narrative seem to you like fantasy?” Ultimately, the court rejected the insanity plea, saying that Ben-David’s current emotional difficulties had no bearing on his evil deeds at the time of the murder.The two minors’ appeals focused on the idea that they had intended only to kidnap or rough up Abu Khdeir, but had no idea that Ben-David planned to kill him.Justice George Kara and the other justices had pressed the minors’ lawyers on this point, noting one of the minors even assisted in burning Abu Khdeir’s body while the victim was still alive.One of the minor’s lawyers responded that the defendants thought Abu Khdeir was dead by the time he was being burned. In other words, they wanted the court to accept that the minors did not know there was an intention to kill, and that assisting with burning only occurred when they thought they were burning a corpse.The justices concluded that the minors’ confessions to the Shin Bet (Israel Security Agency), in which they admitted to knowing the goal was to kill an Arab, were more authentic than their later claims of ignorance.