'Current wave of Palestinian terrorism can continue for an unknown time' 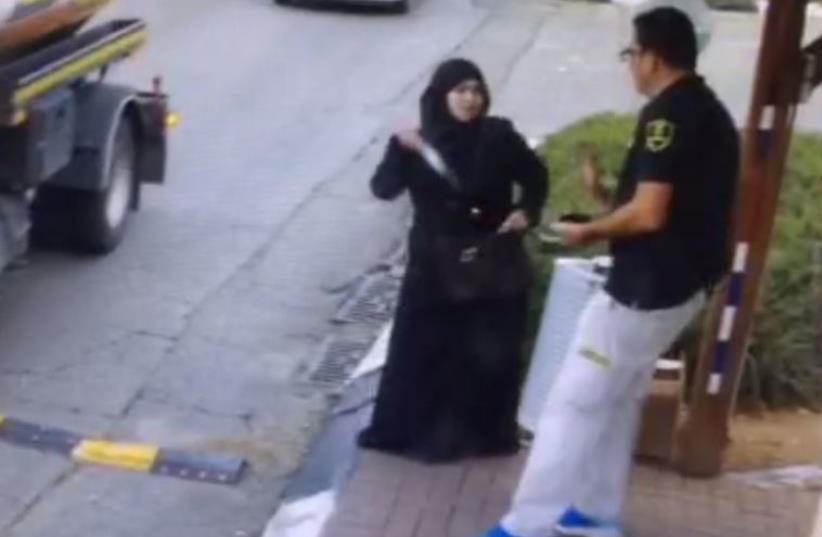 Scene of stabbing attack in Betar Illit
(photo credit: screenshot)
Advertisement
In light of the ongoing wave of Palestinian terrorism, the IDF's Central Command will call up reserves at the start of 2016 in order to free up conscripted battalions for training, Defense Minister Moshe Ya'alon said on Monday. "The situation can continue - I don't know for how long. It can eventually end up in an escalation or calm," he said. All of the recent attacks have been carried out by lone attackers, and in recent weeks, no Palestinian organizations have been able to pull off organized attacked, though this could change in the future, Ya'alon said. "We've been on the offensive since Operation Defensive Shield [in 2002, when the IDF retook control of Palestinian cities following waves of suicide bombings]," the defense minister added. "More significant hostile action is a possibility," he warned. Hamas and other organizations are trying to organize shootings and bombings in the West Bank and Israel, but have so far failed due to Israel's intelligence and operational grip on the territories. "Hence, we are left with lone attackers."The current wave of terrorism started on September 11, when east Jerusalem youths snuck into the Aksa Mosque with Molotov cocktails and pipe bombs, and used them to attack ordinary visits by Jews to the site, Ya'alon said. He vehemently rejected Palestinian claims that Israel planned to change the status quo on the Temple Mount.  Although the Palestinian Authority and its President, Mahmoud Abbas, have toned down their incitement, for fear of the violence spreading anarchy in their own turf, the Internet remains filled with incitement to violence, triggering individuals to commit attacks, Ya'alon said. Images of murder promoted by ISIS in Iraq and Syria are also influencing Palestinian youths, he said. "The deeper background is what is taught in the PA. Its education system does not prepare the next generation for co-existence."Israel has refrained from imposing a closure on the West Bank, as "there is no need, so far," Ya'alon added. "We are safeguarding the economic routine for Palestinians - this is of course our interest."Meanwhile, in Gaza, Hamas is continuing to keep to the cease-fire due to Israeli deterrence, which was replenished during last year's conflict, Ya'alon said. Between 800 to 900 trucks ferrying all manner of goods enter Gaza every day via the Kerem Shalom crossing, which Ya'alon described as Gaza's "oxygen tube."A small Salafist terrorist organization in Gaza fired a rocket at Israel on Sunday night, after feuding with Hamas, due to arrests made by the Gazan regime, Ya'alon added. The Israel Air Force bombed a target affiliated with Hamas - which Israel holds responsible for all incidents out of Gaza - early on Monday, in response to the rocket, which exploded in an open area in the Sha'ar Henegev Regional Council."A situation has been created in which Hamas has no interest in an escalation in Gaza, but it is interested in escalating the situation in Jerusalem and Judea and Samaria," Ya'alon said."Hamas did not want Gazans to hold demonstrations on the Gaza - Israel border, but it accepted them. Hamas is not happy about rocket and sniper fire from Gaza. It is working to stop this," Ya'alon stated.  Ultimately, he said, Israel's policy is based on the concept of punishing terrorists, but enabling the general Palestinian population to live its life with dignity.In the long term, Ya'alon expressed doubt about chances of reaching a peace agreement with the PA, but said Israel will refrain from acts that will undermine a potential outline for a peace accord in the future.