Most influential Jews in defense 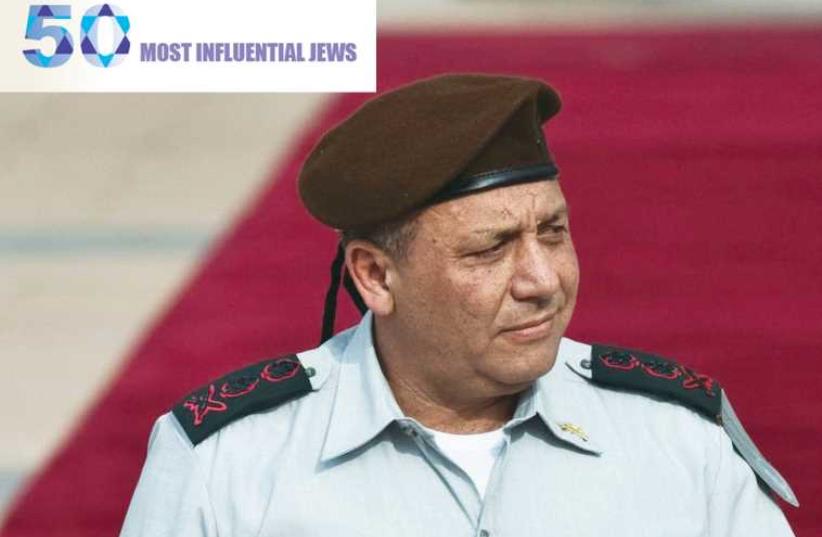 Gadi Eizenkot
(photo credit: REUTERS)
Advertisement
The Jerusalem Post has put together its annual list of '50 most influential Jews' who have impacted the world last year, and have the potential to affect change in years to come. Gadi Eizenkot
The IDF’s leader during geopolitical uncertainty

After 38 years of military service, Lt.- Gen. Gadi Eizenkot was named IDF chief of staff, taking up one of the country’s most difficult and important jobs. In February, he took the reins of the most powerful military in the Middle East.Previously the deputy chief of staff, he played a central role in all major IDF operations and planning, including last summer’s Operation Protective Edge against Hamas and its rockets and tunnels in Gaza.Now he leads a military that is scrambling to understand and adapt itself to unprecedented regional changes, in which old threats vanish and new ones quickly take their place.Eizenkot has placed combat training back at the top of the IDF’s priority list, after years of neglect in that area due to budget woes.He has a pragmatic, experienced and realism- based approach to security, based on four decades of service.Eizenkot joined the IDF in 1978, and began steadily rising through the ranks. Of the many roles he fulfilled throughout the years, his term as Judea and Samaria Division commander during the height of the war against Palestinian suicide bombers in the second intifada was one of the most influential for his outlook on security.Those dark years – in which over 1,000 Israelis, the majority of them civilians, were murdered in Palestinian terror attacks – posed enormous challenges. Yet Eizenkot helped oversee a turnaround.What began with seizing Palestinian cities in the West Bank – the launchpads for these terror attacks – led to the eventual defeat of the suicide bombers and those who sent them. The operation took years to complete and exacted a heavy price from the IDF, but it also proved that solutions could be found to seemingly intractable, asymmetric security threats.Today, Eizenkot will likely be keeping that experience in mind as he closely scans the Gaza Strip, the West Bank and southern Lebanon.Further afield, the threat of an Iranian nuclear weapons program has not vanished, despite the diplomatic chords emerging from the international community. Eizenkot’s job will be to ensure that the IDF is ready, if ordered, to strike the Iranian nuclear facilities and deal with the potential aftermath.Yosi Druker
Israel's Defense Pioneer 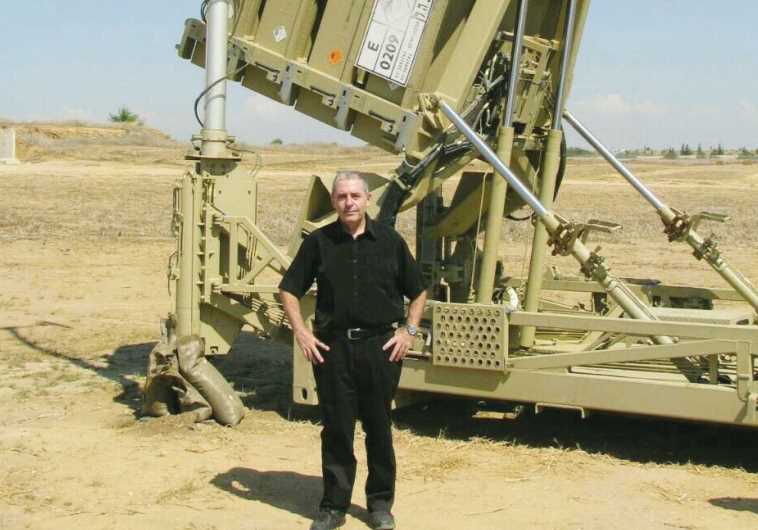 Yosi Druker may not be wellknown outside of Israel and the world of defense, but the fruit of his labors certainly is.A 38-year veteran of state-owned Rafael Ltd., Druker is the man who led the industry team that developed Iron Dome, the lifesaving system which defended Israel from the thousands of Gaza rockets launched during last summer’s Operation Protective Edge.Druker’s teams worked round-theclock last summer to deliver additional Iron Dome batteries and high-speed intercepting missiles into the hands of air defenders from the Israel Air Force.Official data credit Iron Dome with a success rate of some 90 percent; intercepting more than 735 Gaza-launched projectiles deemed by the system’s smart and budget-saving processing capabilities as actual threats headed for populated areas.Two years earlier, after less than four years of record-setting development and testing with the Defense Ministry, Iron Dome scored a success rate of some 84%, blasting some 421 Gaza-launched projectiles out of the sky before they could threaten life or property in Israel.But despite the improved performance in last summer’s much longer operation against a threefold threat, Iron Dome has not yet been fully put to the test, maintains Druker.“The Iron Dome system has inherent capabilities that were not fully tested either in Operation Pillar of Defense or Protective Edge – where, with all due respect, we were dealing with Hamas.”The real challenge, says the Rafael executive vice president, will come from the north – and the estimated 100,000 rockets and missiles in the arsenals of Iranian-backed Hezbollah.To that end, the Israel Security Prize laureate is working continuously with the Defense Ministry to improve Iron Dome. And if that wasn’t enough, in the coming months, Druker and the team he leads are working with the ministry and US partners to field David’s Sling, Israel’s newest intercepting layer to defend against longer-range rockets and short-range ballistic missiles.