Allegations in the indictment describe 16-year-old as having decided to attempt to murder Jews after watching the returning of the bodies of Arab terrorists to their families on TV. 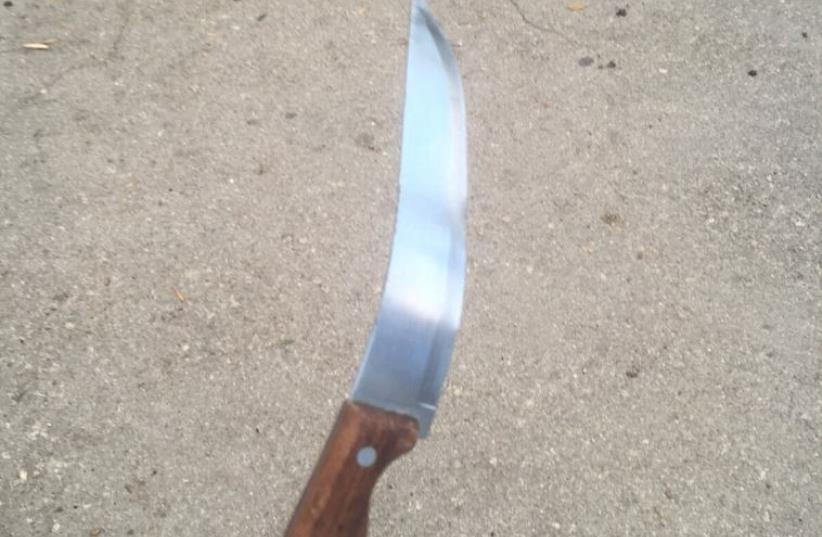 Scene of attempted stabbing attack in east Jerusalem's Armon Hanatziv neighborhood
(photo credit: ISRAEL POLICE)
Advertisement
The Jerusalem District Attorney’s Office on Wednesday filed an indictment with the city’s district court juvenile section against a 16-year-old Jebel Mukaber minor for attempted murder and illegal possession of a knife.The allegations in the indictment described the minor, whose name is under gag order, as having decided to attempt to murder Jews after watching the returning of the bodies of Arab terrorists to their families on television on January 3.That afternoon, he took a kitchen knife, hid it under his coat and headed toward the Armon Hanatziv neighborhood.For several minutes, he waited at a bus station while scanning the other bystanders for signs of a victim who was identifiably Jewish.Eventually, he identified a man who appeared to be Jewish and he unsheathed the knife and tried to stab the man in his upper body in order to perpetrate a nationalist murder.The attacker’s intended victim was able to slightly defend himself deflecting the knife into his shoulder which led to the knife getting bent and preventing it from penetrating his body.As the victim called for help, the attacker fled back toward Jebel Mukaber and through the knife away.The next day, the attacker turned himself in to police.