'Can't ask me to shake the hand of someone from this State,' says Egyptian judoka

The Egyptian Olympic Committee summoned Islam el-Shehaby to speak at a hearing on the matter, and said they will release their decision in the next 48 hours. 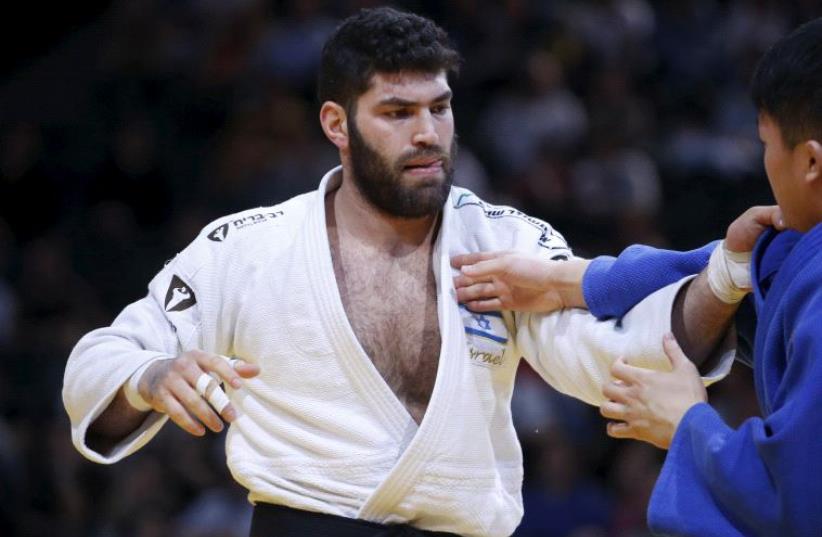 Ori Sasson of Israel's Judo team
(photo credit: REUTERS)
Advertisement
The Egyptian Olympic Committee on Saturday said it will open an investigation into Egyptian Judoka Islam el-Shehaby after he failed to shake the hand of Israeli opponent Or Sasson following his loss on Friday.   The Egyptian Olympic Committee said it has summoned el-Shehaby to a hearing on the matter in order to listen to his version of events. The committee added that it will release its decision in the next 48 hours.

Before speaking to the committee, however, el-Shehaby said he respects the rules of the sport and had no obligation to shake hands with his opponent."Shaking the hand of your opponent is not an obligation written in the judo rules. It happens between friends and he's not my friend," L'Esprit du Judo quoted El Shehaby as saying."I have no problem with Jewish people or any other religion or different beliefs. But for personal reasons, you can't ask me to shake the hand of anyone from this State, especially in front of the whole world," he said.After Sasson had defeated El Shehaby on Friday and the pair retook their places in front of the referee, the Egyptian backed away when Sasson bowed and approached him to shake hands.When called back by the referee to bow, El Shehaby gave a quick nod before walking off amid loud boos from the crowd .El Shehaby, 32, had been reportedly pressured by fans on social media not to show up for the match with his Israeli opponent because it would shame Islam.Shortly after the bout's conclusion Friday, el-Shehaby announced his retirement from competition. According to The Jerusalem Post's sister publication Maariv, el-Shehaby was known in Egypt as the most fervently anti-Israel sportsmen competing at the 2016 Olympic games.Some commentators in Egypt have even suggested that el-Shehaby had lost on purpose to the Israeli as a silent protest against Egyptian President Abdel Fattah al-Sisi who forced him to compete in the games.Sasson subsequently won the bronze medal Friday evening after defeating Alex Maxell Garcia Mendoza of Cuba in the men's judo over-100 kilogram competition.  Prime Minister Benjamin Netanyahu later congratulated Sasson Saturday on his Olympic bronze medal win and responded to the controversy.Speaking in a joint interview with Sasson on Channel 2, Netanyahu said that the incident showed that "alongside the good relations that are developing with countries in the region, there is still a long way to go in fighting the years of propaganda against us."Netanyahu said that despite such instances, he would not give up and the "day would come," when such displays of anti-Israel sentiment would be in the past.The prime minister praised Sasson's behavior toward his Egyptian opponent. "He succeeded, he extended his hand, that is the beautiful Israel."The win brought the Israeli delegation a second medal in the 2016 Rio Olympics.Female Judoka star Yarden Gerbi became the toast of Israel by claiming the country's first Olympic medal in eight years when she took a bronze in the women's under-63kg competition on Tuesday. Allon Sinai contributed to this article.