EU's Mogherini to Abbas and Netanyahu: Too many people have died already

Mogherini calls on both parties to promote calm and to avoid actions which would fuel tensions even further. 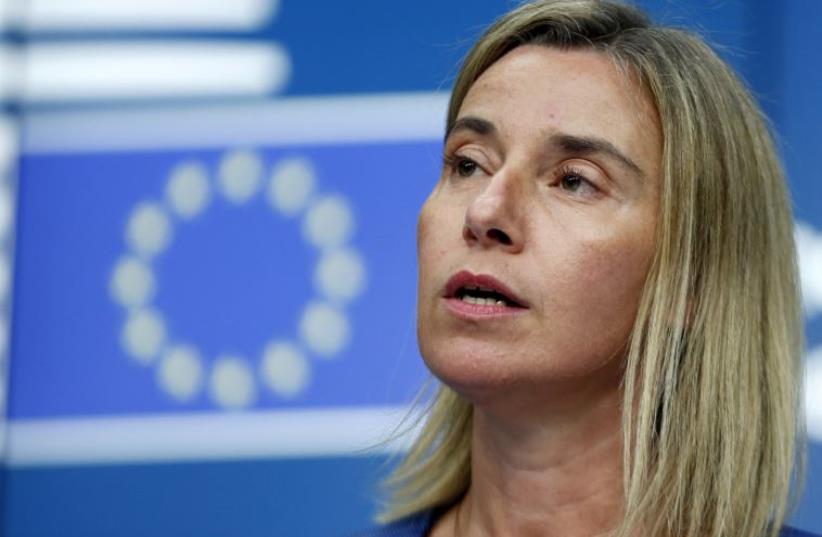 European Union foreign policy chief Federica Mogherini
(photo credit: REUTERS)
Advertisement
European Union foreign affairs chief Federica Mogherini attempted to calm rising tensions in Israel and the West Bank in separate phone calls to Prime Minister Benjamin Netanyahu and Palestinian Authority President Mahmoud Abbas on Sunday evening.Mogherini called on both parties to promote calm and to avoid actions which would fuel tensions even further. "Too many people have died already and too many families were left bereaved," she stated.The EU official told both leaders that the only way to tackle the violence and unrest is to quickly restart a credible political process."The immediate priority is for the parties to agree on substantial steps which would improve the situation on the ground and build a path back to final status negotiations. A negotiated two state solution is the only way to bring the lasting peace and security that both Israelis and Palestinians deserve," she said.According to Mogherini, Abbas told her that he is determined to keep the situation under control. Netanyahu assured her that he was committed to maintaining the staus quo."President Abbas and Prime Minister Netanyahu have both expressed their willingness to work on the implementation of the provisions agreed at the Quartet meeting in New York at the end of September," Mogherini said.At that meeting, which took place on the sidelines of the UN General Assembly in New York, the Quartet urged Israelis and Palestinians to take significant steps to achieve a two-state solution, but did not initiate a new peace process.There is a “common effort to restart the engine of the peace process,” Mogherini told reporters at the time.The most viable way forward, she said, is to focus on “concrete steps on the ground, and in particular on encouraging the parties to start implementing the already signed agreements.”Trust and confidence must be rebuilt, not just among the Israelis and Palestinians, but also in the process itself, she said.The peace process has been frozen since April 2014. Israel has called for an immediate resumption of direct talks, but the Palestinians are refusing to do so through direct negotiations as long as Israel is an “occupying power.”The Palestinian Authority prefers to hold talks through a multilateral process that includes a settlement freeze, the release of prisoners, and an Israeli agreement to withdraw to the pre-1967 lines.Danielle Ziri and Tovah Lazaroff contributed to this report.