‘This is not a negotiation between two equal parties.’ 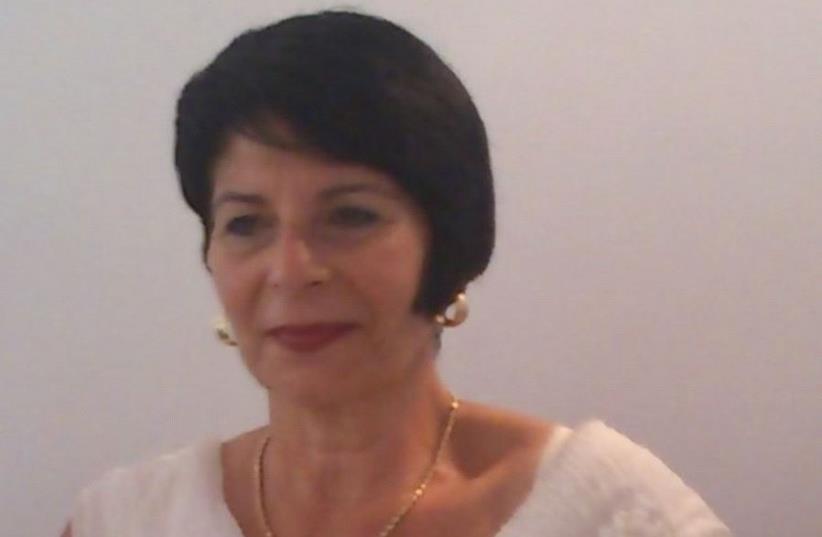 Orit Adato
(photo credit: Wikimedia Commons)
Advertisement
Releasing a very large chunk of Palestinian security prisoners held in Israeli jails will be a necessary part of any future Israeli-Palestinian peace deal, according to Orit Adato, former commissioner of the Israel Prisons Service.In a recent interview with The Jerusalem Post, Adato, who was IPS chief from 2000-2003 and is a fellow with the International Institute for Counter- Terrorism at IDC Herzliya, Israelis must understand the “very large influence” the approximately 6,000 Palestinian prisoners have on Palestinian public opinion.Marwan Barghouti, seen here at the Jerusalem Magistrates’ Court in 2012, is currently serving five life sentences for murder (Reuters)“The prisoners are spread out among all the clans. Everyone knows someone and they are treated as freedom fighters,” she said, adding that the Palestinian population would place “huge pressure” on the Palestinian Authority to release these prisoners – making them “an integral part of any agreement.”She made these comments despite generally opposing being pressured into giving concessions to hunger strikers.Rather, she said Israel should seek to proactively release prisoners at times of its own choosing.Adato cited the 1998 “Good Friday Agreement” between the British and Irish governments, which committed the countries to the early release of militants as part of the Northern Ireland Peace Process.“There can be no political agreement without referring to the prisoners,” she said.
Palestinians hold rallies as hundreds of prisoners in Israeli jails begin a hunger strike (credit: REUTERS)
The key figure among these prisoners is Marwan Barghouti, a top Fatah official convicted in the murders of five Israelis during the second intifada and the current leader of some 1,000 hunger strikers in Israeli prisons.“He is a symbol for [the Palestinians] so I think there will be a great deal of resistance to this idea” among Israelis, Adato stated, adding, “I have no doubt, in my opinion, that he will be released – I think in the earlier stages of a [peace] process.”No one should mistake Adato for being soft or feeling pressured by the current hunger strike, however; she advised the government to not “worry so much about a hunger striker dying – it won’t happen.”In fact, she said the government and much of the media, when focusing the debate on whether or not the hunger strikers will die, are mishandling the issue.“We need to stop talking about... dying,” she said, adding that the real issue is an internal Palestinian struggle between current Palestinian Authority President Mahmoud Abbas’s faction and Barghouti’s faction.Abbas, she explained, “has not given [Barghouti] any official position and he wants to come back to the limelight. Everything was planned: Barghouti’s article, the day of rage for prisoners and advance notice to the public of the hunger strike.“[But] hunger strikes don’t need to be a pressure on Israel. We need to know how to manage them and the right way to reduce pressure,” she said.Regarding whether Israel will need to make concessions to the hunger strikers to get them to back down, she responded: “Don’t be confused. There is always an obligation to manage prisons and have regular contact with the prisoners. We are always speaking to them... But this is not a negotiation [between two equal parties, rather, it is] proper management of a jail.”She returned to the broader Palestinian picture as part of her proof that the Prisons Service should stand its ground and not be pressured into concessions for hunger strikers.“Abu Mazen wants to use the hunger strike to make achievements at the diplomatic level, so he also does not want it to get out of control... There are not huge protests, mostly smaller ones... mostly things are quiet” on the Palestinian side, at least compared to some prior strikes, she said.As IPS commissioner, Adato oversaw an influx of more than 2,000 security prisoners, and she was the first woman to reach the rank of lieutenant- general of any security apparatus.She went on to hold major positions in international organizations cooperating on prisons issues.