Troops come under fire in Jenin

The army is investigating reports of two Palestinians killed and one wounded in the exchange of gunfire. 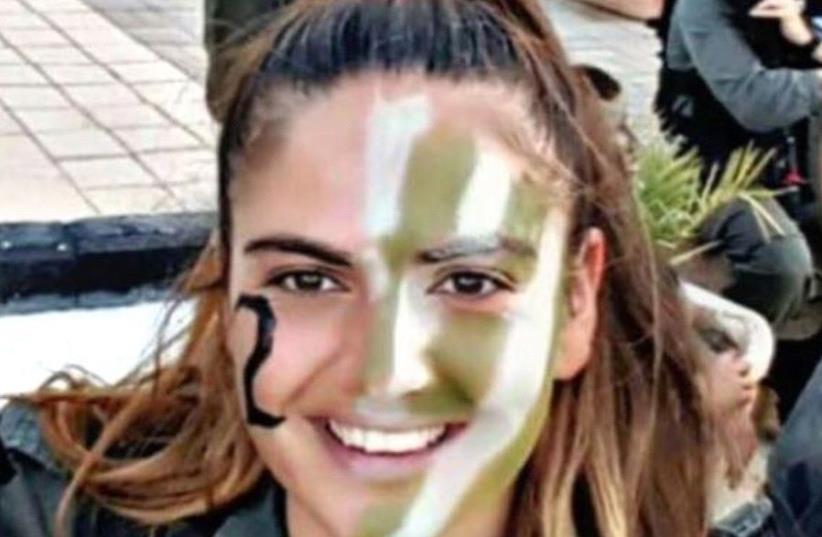 Hadas Malka
(photo credit: COURTESY ISRAEL POLICE)
Advertisement
Soldiers came under fire during an operation in Jenin early Wednesday morning.“Overnight, during an IDF operation in the Jenin refugee camp, Palestinian gunmen opened fire at the forces and assailants hurled explosive devices at the forces,” the army said in a statement. “In response to the immediate threat, forces shot toward the attackers.”The army is investigating reports of two Palestinians killed and one wounded in the exchange of gunfire.According to the Palestinian Authority’s Wafa news outlet, the slain Palestinians were identified as Saad Salah, 20, who was shot in the head and died immediately, and Awss Salameh, 17, who was wounded and later died at the hospital.
Border Police officer killed in Jerusalem terror attack (credit: REUTERS)
A third attacker was hit in the leg. No troops were hurt. 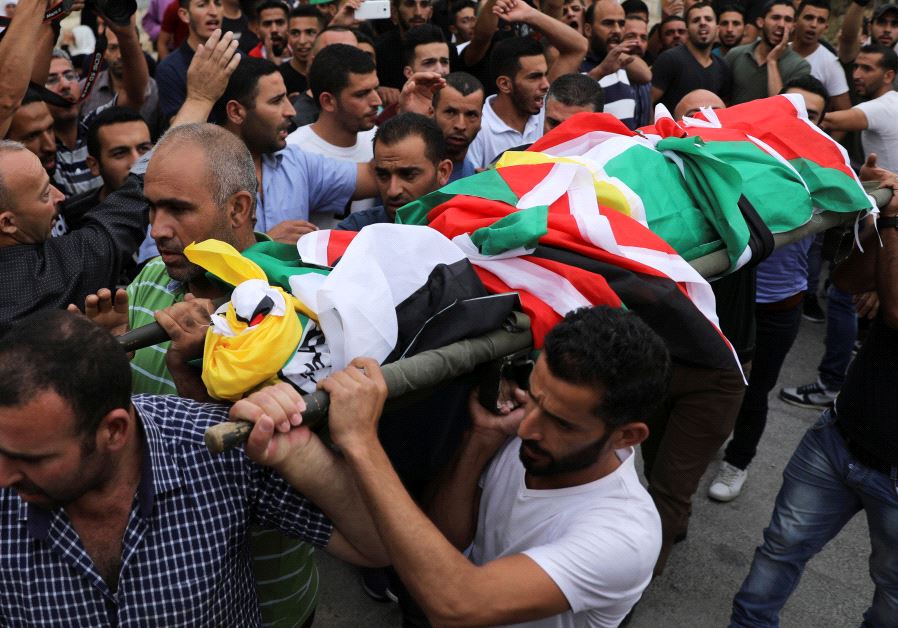 Mourners carry the body of Palestinian Mohammad Jebril during his funeral in Tekoa village near the West Bank city of Bethlehem July 11, 2017. (Reuters)Security forces – including IDF, Shin Bet (Israel Security Agency), Border Police and Israel Police personnel – carried out early morning raids in the West Bank, arresting 21 wanted Palestinian suspects. Eighteen of them are suspected of being involved in terrorist activity against civilians and security forces, including rock throwing and rioting. Three others were arrested for being members of Hamas.Security forces carry out near-nightly raids in the West Bank in an increased effort to crackdown on Palestinians who take part in riots as well as to uncover unofficial workshops producing illegal weapons.Also on Wednesday, the IDF said that the family home of the man who killed Border Police officer Hadas Malka, 23, during the June 16 terrorist attack outside Jerusalem’s Damascus Gate will be destroyed.During the attack, the three terrorists were killed, and four other police officers were wounded.On June 17, a riot broke out as IDF troops raided the homes of the three Palestinians who had taken part in the attack that killed Malka. Around 200 Palestinians in Deir Abu Mashal, near Ramallah, threw rocks and Molotov cocktails and tried to block entrances to the village with burning tires.The terrorist’s family has been informed and has 72 hours to appeal the IDF’s decision.Israeli officials say home demolitions are a key deterrent to stop other potential attackers, but Palestinians and rights groups argue that it is a form of collective punishment.Since October 2015, Palestinians have stabbed, run over and shot Israeli soldiers and civilians, including tourists, in a wave of violence in the West Bank and Green Line Israel.While the violence has since decreased since its peak in the winter of 2016 when there were almost daily attacks, there have been several attacks – some deadly – in recent months.On Monday, a soldier was wounded when Muhammad Ibrahim Jibril drove his car into a soldiers near the Gush Etzion settlement of Tekoa. Jibril was shot dead after he exited his vehicle and tried to stab troops.Soldiers raided his home in the village of Tuqu on Tuesday and later that day returned his body to his family for burial.In April, Sgt. Elchai Taharlev was killed when he was struck by a Palestinian driver at the Ofra junction on Route 60, northeast of Ramallah. The driver, Malek Ahmad Mousa, 21, from the nearby town of Silwad, had served four months in jail for attempting an attack at the Adam (Geva Binyamin) settlement last year, military officials said.The attack on Taharlev was the ninth in the previous two years to be carried out by residents of Silwad, the officials said.